Do these investors know something that can help everyone?

Fidelity is the brokerage home to 32 million individual investors, holds $8.3 trillion in customer assets, and performs 2.3 million trades each day. Not only does it serve U.S. investors, but it also has a global presence throughout the rest of North America, Europe, Asia, and Australia. It's no wonder, then, that lots of investors put their faith in what Fidelity offers.

But what are the brokerage's customers buying, and more importantly, what can we learn from studying their holdings? 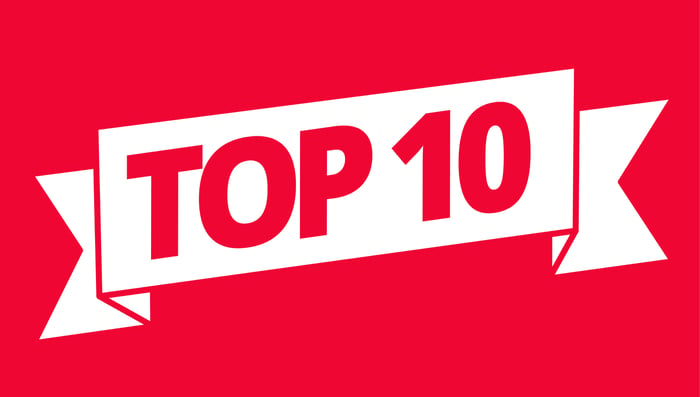 In order to understand the minds of Fidelity investors, let's take a look at the top 10 most actively traded stocks and exchange-traded funds (ETFs) that were bought and sold by its customers as of Sept. 8. They are:

What do these popular trades tell us about Fidelity investors?

An appetite for growth and a tolerance for volatility

Asset management company Schroders' recent Global Investor Study 2020 found that investors, in general, are relatively bullish about the stock market. According to the study, "People are optimistically expecting average annual total returns in excess of 10% over the next five years, despite the uncertainty caused by Covid-19."

And even though there was a huge sell-off at the beginning of the pandemic, the study found that during the pandemic, "20% [of participants] confirmed they took the opportunity to move some of their portfolio to high-risk investments."

Fidelity investors fit right into those findings. Zoom Video, NVIDIA, and Slack all have bright futures, but they also have a high amount of risk and volatility. For example, Zoom stock surged 40% higher in a single day of trading, but was also recently plagued by a huge system crash and hacking. However, analysts expect revenue to rise 50% this year, making it one of the highest-growth tech stocks on the market today.

NVIDIA was up 78% year to date as of Aug. 1 -- but it's priced to perfection with a recent trailing price-to-earnings ratio of 79. And Slack had been growing strong, but investors were displeased by its recent earnings, as there was slow growth in calculated billings, and losses weren't decreasing quickly enough.

Three other popular stocks on the list are Apple, Microsoft, and Amazon, solid tech investments that are still showing healthy growth. And for tech lovers who want some stability, Apple and Microsoft offer nice dividends and can be attractive for retirement portfolios.

Amazon is still an investing gorilla, with e-commerce skyrocketing, especially during the pandemic, and its Amazon Web Services (AWS) division continuing to grow like wildfire.

They're betting on electric cars

With their love of Tesla, NIO, and Nikola, Fidelity customers are giving two thumbs up to the future of the electric-vehicle (EV) market. They were caught up in the Tesla stock-split frenzy, which saw the stock skyrocket, only to quickly begin a return to earth once the stock wasn't included in new additions to the S&P 500 index.

NIO is a Chinese EV maker that analysts generally consider overvalued. It's also questionable whether the company can woo enough customers in China to grow into its valuation. Nikola focuses on EV trucks, which could be a huge market in the coming years. Right now, however, it hasn't produced any such vehicles and won't have a factory built for at least another year.

They dabble in super-high risk, too

Proshares Ultra QQQ is a leveraged ETF that "seeks daily investment results, before fees and expenses, that correspond to three times (3x) the daily performance of the Index." It's also one of the most frequently traded ETFs in the U.S.

This is a very risky investment that's not appropriate for long-term investors and is really best for those with strong stomachs and high degrees of risk tolerance.

Remember that these are Fidelity's "most actively traded stocks," and the list changes daily. What it doesn't show are the investment choices that are held in their customers' retirement accounts, and in the accounts of long-term investors.

However, it's clear that a significant number of Fidelity clients love growth stocks and can tolerate risk. Long-term investors should view these findings with a grain of salt and understand that this metric, by itself, has no bearing on building a retirement portfolio.