This under-the-radar tech unicorn is raising the mid-range of its share price by 14%.

In a new regulatory filing on Monday, JFrog raised the price range of its upcoming stock offering to a range of $39 to $41, up from a range of $33 to $37. With as many as 9,735,232 shares being offered, this increases the amount the JFrog could raise to as much as $399 million at the top end of the increased range, valuing the company at as much as $3.7 billion. An increase in the price range is typically an indication of strong interest in the offering.

This revelation comes courtesy of a revised S-1 JFrog filed with the Securities and Exchange Commission (SEC) today. The company plans to trade on the Nasdaq stock exchange using the ticker symbol "FROG." It has yet to disclose when it will begin trading, but several reports suggest its initial public offering (IPO) could come as early as this week. 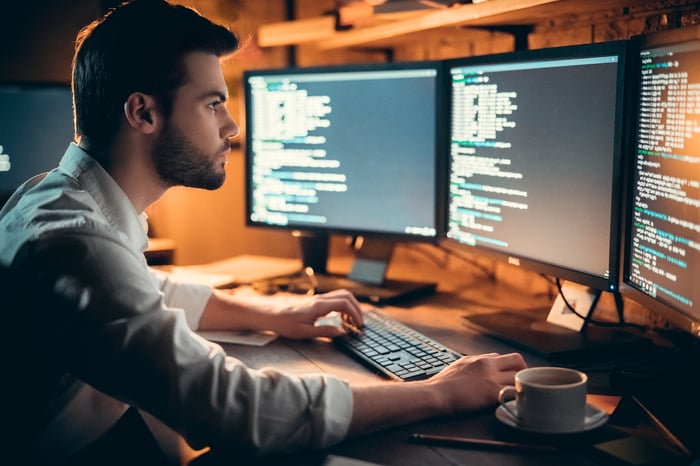 Numerous insiders are also looking to cash in on the IPO gold rush, selling 3,568,218 shares in the offering, though JFrog won't receive any of the proceeds from that additional sale.

While the company is a "unicorn" -- a private start-up valued at $1 billion or more -- it isn't nearly as high-profile as Snowflake or some of the other businesses going public this year. However, JFrog has an advantage that many of these other IPOs can't offer -- the company is on the verge of achieving profitability. In 2019, JFrog generated revenue of $105 million, up 65% year over year, while narrowing its losses from $26 million in 2018 to just $5 million last year. Its revenue growth and move toward profits continued during the first six months of 2020, as revenue of $69 million grew 50% year over year, and JFrog cut its losses to just $426,000.