The stock market has done well so far this week, with the favorable momentum continuing on Tuesday morning. Many investors had been looking for opportunities to get into the market, and the recent pullback in major benchmarks was apparently just enough to get them to feel more confident. Just before 11 a.m. EDT today, the Dow Jones Industrial Average (DJINDICES:^DJI) was up 159 points to 28,153. The S&P 500 (SNPINDEX:^GSPC) had gained 30 points to 3,413, and the Nasdaq Composite (NASDAQINDEX:^IXIC) had picked up 126 points to 11,182.

One thing that has helped lift the stock market recently is the new rush among companies to split their stocks. Today's latest split announcement didn't have quite the big-name appeal of an Apple (NASDAQ: AAPL) or Tesla (NASDAQ: TSLA), but NextEra Energy's (NYSE:NEE) planned split did lead to a solid rally in its shares. The same wasn't true of Lennar (NYSE:LEN), despite the homebuilder giving a favorable read on the housing market.

An energetic day for NextEra

NextEra Energy saw its stock rise 5% early Tuesday morning. The utility company gave its shareholders great news, and it followed in the footsteps of more-famous companies in announcing a stock split.

In addition, NextEra will split its stock 4-for-1 in October. The new shares will be distributed to shareholders on Oct. 26, and the stock will trade on a post-split basis starting on Oct. 27.

Renewable energy has been a key component of NextEra's growth, and interest in renewables has helped lift investor interest as well. Today's news lifted NextEra to all-time highs, and it'll be interesting to see whether the stock gets the same kick that Apple and Tesla did. 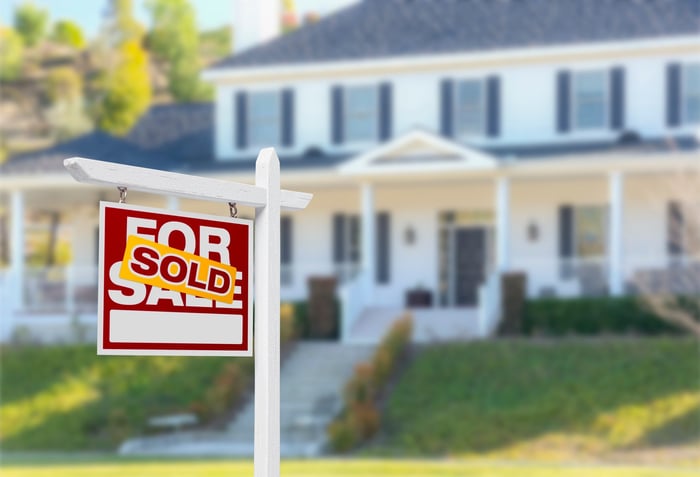 Lennar's stock fell 3% Tuesday, following its release of fiscal third-quarter financials. Even though the report was good, it apparently wasn't enough to persuade shareholders that the gains in the stock up until now had been fully warranted.

Probably the most encouraging thing about Lennar's report was the 20% rise in new orders. Higher demand helped push Lennar's backlog to nearly 19,700 homes, with a value of $7.9 billion. Home delivery numbers were also up modestly. That pushed net income up 30% year over year, surprising many investors.

Some might also have been disappointed with fourth-quarter guidance, which predicted more new orders but fewer deliveries than in the year-ago period. Lennar has an opportunity to capitalize on its market opportunity, but it'll have to execute well in order to do so.