Shares of Marinus Pharmaceuticals (NASDAQ:MRNS) were skyrocketing higher on Tuesday morning, trading up by 80% as of 11:35 a.m. EDT. The huge jump came after the company announced positive results from a pivotal late-stage study evaluating its drug candidate ganaxolone in children and young adults with CDKL5 deficiency disorder (CDD), a rare type of epilepsy.

All of Marinus' chips have been riding on ganaxolone -- its sole pipeline candidate. That big bet now seems to have paid off. 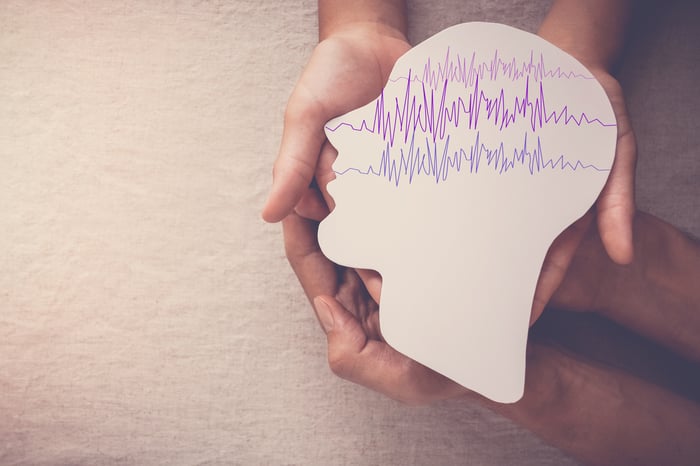 Ganaxolone met the primary endpoint in the phase 3 study by reducing median 28-day major motor seizure frequency by 32.2% compared to only 4% for placebo. It also appeared to be well-tolerated overall with a discontinuation rate in the group of patients receiving the drug less than 5%.

Those results greatly increase Marinus' prospects of earning FDA approval for ganaxolone as a treatment for CDD. There currently are no therapies approved specifically for that rare genetic disorder. Other anti-epileptic drugs are used to treat it, but they're not very effective for most patients.

Marinus Pharmaceuticals Chief Medical Officer Joe Hulihan also noted that the study's promising results suggest potential in other indications. "Today's success with ganaxolone in CDD will pave the way for us to accelerate our clinical studies in tuberous sclerosis complex and possibly other rare pediatric epilepsies as well," he said.

Marinus plans to present the results for ganaxolone at an upcoming scientific meeting. It also intends to launch an Expanded Access Program in the fourth quarter that will allow patients with CDD who weren't part of the clinical trial to begin receiving the drug.

It could be a while before the biotech company gets any decisions from regulators on the drug, though. Marinus plans to file for FDA approval of ganaxolone in treating CDD in mid-2021 and for European Union approval by the end of the third quarter of next year. The company stated that it "will continue its pre-commercial development plans, while simultaneously exploring commercialization opportunities for ganaxolone in CDD with third parties to maximize access for CDD patients."