When the coronavirus crisis first hit, it was obvious that the public needed near-term financial relief. Thankfully, U.S. lawmakers worked quickly to get the CARES Act passed into law. It included, among other provisions, a round of direct stimulus checks to most Americans maxing out at $1,200 per eligible adult, boosted unemployment benefits, and provided aid for many struggling small businesses.

But as the pandemic has continued to rage across the country with sharp new surges hitting most states, and millions of businesses and households affected by the efforts to contain it, it's clear that Americans need additional financial relief. Lawmakers in Washington supposedly agree, which is why they've been working on various proposals for another stimulus bill for months. But so far, Democrats and Republicans have been unable to come anywhere close to an agreement on what those packages should contain, leaving families, businesses, and even state and local governments waiting for help.

It's therefore encouraging to learn that a bipartisan group of 50 House members has prepared a new coronavirus relief proposal that they hope will bridge the divide. But will it actually win enough support on Capitol Hill? 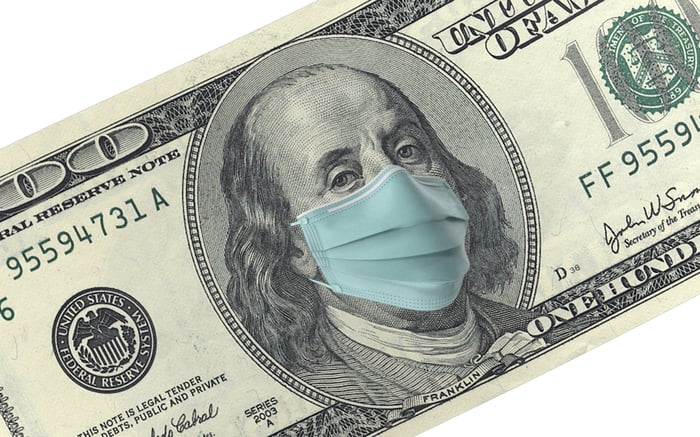 What's in the new proposal?

There's been plenty of public pressure on lawmakers to pass another coronavirus relief bill ahead of the November election. Despite that, both Democrats and Republicans have been standing their ground, refusing to budge on certain key issues like enhanced unemployment benefits or how much they are willing to dedicate to the relief bill.

This new bipartisan proposal, however, includes a number of features that would not only aid the American public and the broader economy, but also could address some of the sticking points lawmakers have been arguing about. Among the bill's proposals, it would:

Could this bill pass?

This latest proposal comes with a $1.5 trillion price tag, which is half the size of the HEROES Act passed by the Democrat-controlled House of Representatives back in May, soon after it became clear that more stimulus and aid would be required. Still, the new bipartisan proposal addresses some key issues that lawmakers have spent months arguing about.

Democrats wanted to maintain the CARES Act's boost to unemployment benefits, while Republicans were firmly against that, viewing the level of aid as too generous. An initial $450 weekly increase is a decent compromise between their positions. And funding for state and local governments has been a major priority for Democrats as well.

It's too soon to know whether this proposal will gain traction outside of the Problem Solvers Caucus that crafted it, but one thing's for sure: Americans need additional relief, and the sooner they get it, the greater the chances that our economy will be able to climb out of its current state of recession and stage a swifter recovery.