It's the latest on a lengthening roster of such arrangements for the company.

With the start of the National Football League (NFL) season, DraftKings (DKNG 3.28%) is trying to run more sponsorship plays. On Wednesday the company announced that it has signed an exclusive, multi-year deal to be the "Official Sports Betting, iGaming and Daily Fantasy" partner for the New York Giants, one of the league's more popular and long-standing teams.

Under the terms of the arrangement, DraftKings will have the right to use official Giants logos and trademarks. It will also operate one of its virtual SportsLounges on game days at MetLife Stadium, the venue at which the team plays its home games. This allows fans in attendance to bet through the DraftKings system. The betting company will also "receive premier brand integration" at the stadium on game days. 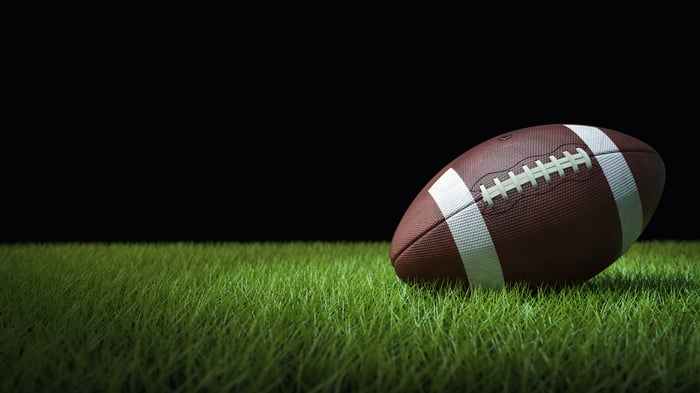 The Giants are a particularly juicy target for companies engaged in sports wagering. In the press release heralding the sponsorship deal, DraftKings said that out of the more than 700 teams people can bet on through the company's Sportsbook platform, the Giants are among the top 40 in terms of gambling action.

Although it did not get into specifics, DraftKings said that it and the Giants have been collaborating for several years. Of the enhanced collaboration announced Tuesday, the company wrote that "Both organizations remain committed to customer experience through enhanced product offerings and authenticity and look forward to joining forces across platforms as the highly anticipated NFL season gets under way."

As is typical for its growing roster of sponsorship and co-branding deals, DraftKings did not provide the financial terms of its new Giants arrangement. It also did not specify the duration of the deal.

Investors traded DraftKings stock up by almost 5.9% on Wednesday, while most top equity market indexes fell.