Facebook (NASDAQ:FB) held its annual conference dedicated to augmented reality (AR) and virtual reality (VR) on Sep. 16, and the company signaled some big moves on the horizon.

For starters, Facebook renamed its AR and VR conference from Oculus Connect to Facebook Connect -- signaling greater focus on augmented reality technologies and a cross-brand strategy that will see the technology company partnering with leading eyewear names.

Facebook has signed a partnership with Ray-Ban to debut an introductory smart glasses line next year, and signs point to a big push in AR in the near future. Full-featured augmented reality glasses still look to be further out in the release pipeline, but the social media giant's employees are already testing AR glasses technology, and augmented reality could turn into a big growth driver for the company. 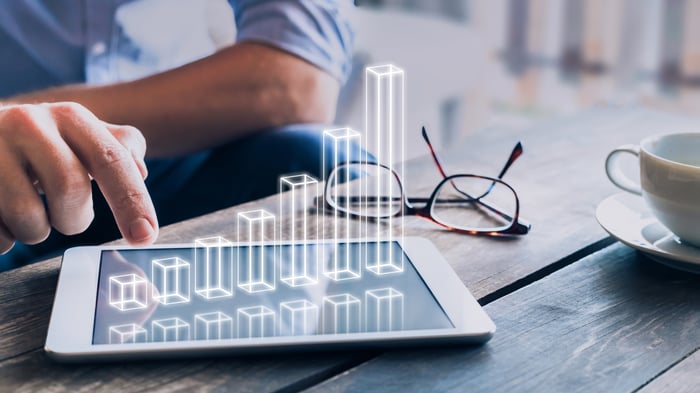 The social networking company renamed its Oculus virtual reality and augmented reality division to Facebook Reality Labs at the end of August. The name change doesn't appear to be a signal that the company is giving up on its virtual reality push. Instead, it most likely highlights a greater focus on augmented reality technologies going forward. Partnerships with existing eyewear companies, including Ray-Ban, could be a major asset as the company readies a big push into the AR glasses space.

Facebook's leading position in the social media space and strong catalog of software across connectivity apps including its namesake social media platform, Instagram, and messaging service WhatsApp give it a natural advantage in the AR and VR technology categories. Some analysts have wondered where the company's next big growth drivers will come from as its social media and digital advertising businesses seemingly mature, but Facebook could see dramatic catalysts if AR and VR gain ground.