Don't misread the message. Ad-free streaming services like Netflix (NASDAQ:NFLX) and Disney+ from Walt Disney (NYSE:DIS) aren't about to be toppled. It would be naive, however, to ignore the rapidly growing free, ad-supported sliver of the streaming market. Given enough time, low-cost and no-cost alternatives like Comcast's (NASDAQ:CMCSA) Peacock or Fox Corporation's (NASDAQ:FOX) (NASDAQ:FOXA) ad-supported platform Tubi are going to make waves for the more established ad-free services.

That's the gist of a recent survey performed by OnePoll, anyway, though it jibes with another observation recently made by television viewership monitor Nielsen (NYSE:NLSN).

To say the past few months have been disruptive ones would be an understatement. Yes, the coronavirus pandemic has forced the world to adapt, and in many cases forced consumers to trim budgets. But 2020 has also seen a sweeping evolution of the streaming video market. Subscription-based services still dominate the market. But the rapid growth of ad-supported alternatives like Peacock, Tubi, and Pluto TV from ViacomCBS (NASDAQ:VIAC) (NASDAQ:VIAC.A) has started to turn heads. OnePoll notes that since COVID-19 has become a part of our daily existence, around one in four U.S. consumers under the age of 34 has canceled a paid streaming service because they found a free, ad-supported alternative. 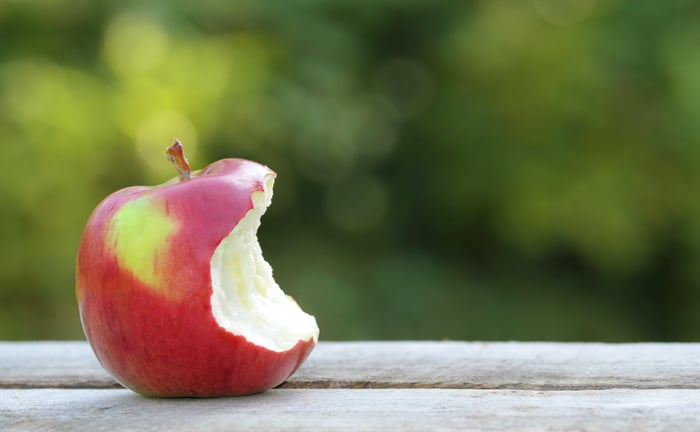 OnePoll didn't explain exactly what that means, but clearly it doesn't mean subscription-based services such as Disney's Hulu or Netflix are losing members. Netflix ended its second quarter with 3 million more domestic subscribers than it started with, after picking up 2.3 million U.S. customers during the first quarter. Hulu's non-live-TV headcount improved by 3.3 million during the three-month stretch ending in June, following the previous quarter's addition of 1.6 million customers.

OnePoll's survey, sponsored by Tubi, is telling all the same, though, as it raises a critical "what if?" question. That is: What if ad-supported video on-demand (or AVOD) wasn't a thing in the first place? Hulu, Netflix, and the relatively new paid-streaming service HBO Max from AT&T (NYSE:T) division Warner Media may have been able to scoop up even more subscribers.

Nielsen has noted the potential impact of AVOD's rise as well, albeit in a different way. In research posted last month, the company acknowledged that during the second quarter of the year (before the AVOD wars had truly heated up) consumers watched a fair amount "other" streaming content not supplied by Netflix, Hulu, Amazon (NASDAQ:AMZN) via Prime, YouTube, or Disney+. The 23% of streaming minutes that didn't come from the five biggest names in the business was up 57% year over year, outpacing the growth of paid-streaming video consumption.

It's still only a small part of consumers' total streaming consumption. That 23% of streaming time is split among several AVOD names: Tubi, Pluto, Xumo, Amazon's IMDb TV, and Peacock, just to name a few. And even then, ad-supported video doesn't even account for all of Nielsen's "other" categorization. Gaming and smaller paid-streaming brands further crowd the arena.

Nevertheless, Nielsen made a point of saying in its report, "As video streaming continues to secure its foothold with American viewers, ad-supported video couldn't be better positioned to capitalize." Given how Comcast, Fox, and ViacomCBS are closer to the beginning of their journey down the AVOD learning curve than the end of it, it's an encouraging assessment.

If you're a Netflix or Disney shareholder, don't sweat the data just yet. This year has been like no other, and we'll not likely see another like it in our lifetimes. The coronavirus is part of that oddity, but so too is the public's embrace of ad-supported video.

Walt Disney and Netflix investors can't afford to ignore the rising AVOD tide either, though. While consumers love a commercial-free experience, they've also said they don't mind the occasional television commercial. The Trade Desk (NASDAQ:TTD) noted earlier this year that more than half of the United States' streaming customers are willing to watch TV ads if it means lower streaming prices. That finding follows a Deloitte Insights study published last year suggesting streaming subscribers felt seven to 10 minutes' worth of commercials per hour of video entertainment is "about right." Nielsen's and OnePoll's recent data support those numbers.

Also bear in mind that the bigger the free, ad-supported movement gets, the easier it becomes for media powerhouses to invest in more free content.