In what might be a harbinger of how news and other important information will be delivered in the future, Facebook (NASDAQ:FB) and The New York Times (NYSE:NYT) have launched an augmented reality (AR) news project. Under a multiyear collaboration announced this week, the Times will deliver "augmented reality driven reporting" on its Instagram page (Instagram is owned by Facebook).

The Times will also create an AR Lab comprising more than 12 employees. This team will work with a dedicated group of the company's journalists to develop AR content, and to create filters and effects for it. Facebook's Spark AR platform is to be used for the technology; the social media giant will also contribute to the Lab's work in an advisory capacity. 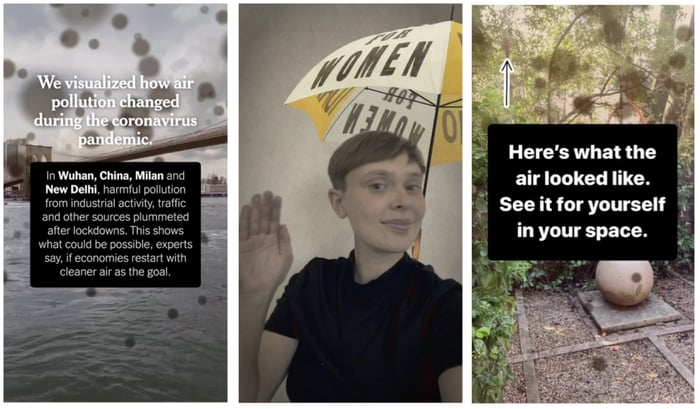 Facebook is also to supply an unspecified level of financial support for the initiative, although the Times stresses that it will have full editorial control over the content.

The Times said that consumers will be able interact with the AR effects on its Instagram content. This material will also be available on the company's flagship nytimes.com website.

The financial terms of the arrangement were not revealed.

The Times has used AR in its coverage since 2018, but on a very limited scale, and solely on its own website. The Facebook collaboration marks a significant expansion of the company's AR efforts, as well as the first time such content will be published on an outside URL.