Apple (NASDAQ:AAPL) has been trying to expand its presence in India over the past decade, but faced numerous setbacks related to local regulations. Back in 2012, India's Department of Industrial Policy and Promotion relaxed rules around foreign ownership of single-brand retail stores, although companies still needed to meet local sourcing requirements. The company has since invested heavily in the world's second-most-populous country, moving some iPhone production as it diversified its supply chain outside of China.

It seemed like Apple would finally kick off direct sales last year after the Indian government tweaked those local sourcing requirements, but there was still more work to do. At long last, Apple has announced that its online store in India will launch this week. 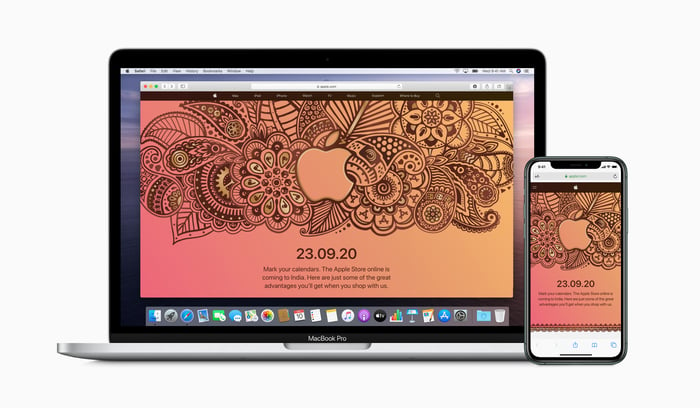 Cutting out the middlemen

The Cupertino tech giant will open its digital doors on Wednesday, Sept. 23, for the first time in India. All products will be available for Indian consumers. Up until now, virtually all of Apple's business in India was conducted through third-party resellers and other distribution channels, which presents unique challenges for a company known for wanting control over the entire customer experience. Apple is partnering with Blue Dart, a local logistics and courier service, for free shipping and contactless delivery.

"We're proud to be expanding in India and want to do all we can to support our customers and their communities," retail and HR chief Deirdre O'Brien said in a statement. "We know our users are relying on technology to stay connected, engage in learning, and tap into their creativity, and by bringing the Apple Store online to India, we are offering our customers the very best of Apple at this important time."

In an interview with The Indian Express, O'Brien added that the latest Apple Watches and iPads unveiled last week would also be available. "[W]e have been working in India for quite some time with our network of reseller partners and so we really have a good understanding of doing business in India and really enjoy it," O'Brien told the local outlet.

Brick-and-mortar will come next year

Apple isn't quite ready to open a brick-and-mortar retail store yet. At the company's annual shareholder meeting earlier this year, CEO Tim Cook confirmed that the first physical Apple Store in India is set to open in 2021. Reaffirming Apple's preference for control, Cook commented at the time that he didn't "want somebody else to run the brand for us" and that Apple likes "to do things our way."

The annual meeting was in February, and since then the COVID-19 pandemic has wrecked physical retail, so there's no rush to set up shop in the real world.

A tough market to crack

In addition to retail and distribution hurdles, Apple has long struggled to gain a foothold in India due to its high prices. In early 2019, Cook provided the first disclosure for revenue in India: Apple generated $2 billion in sales in 2018, or just 0.7% of revenue that year. The company has not provided any meaningful updates since.

India is now the second-largest smartphone market in the world behind China, but most consumers can't afford iPhones. Apple was able to grow iPhone shipments in India by 80% in the first quarter, albeit off a small base. But Indian smartphone volumes in Q2 were cut in half by the coronavirus outbreak. Apple has a long way to go before sales in India are meaningful, but commencing online sales is a step in the right direction.