Gene-sequencing giant Illumina (NASDAQ:ILMN) confirmed last week's rumor that it's buying Grail, a start-up working on early detection of cancer using DNA analysis of blood samples, in a deal worth $8 billion. Grail was founded by Illumina in 2016, spun off as an independent company, and has raised $1.9 billion in four rounds of private equity.

Grail had announced its intention to launch an initial public offering in a filing with the Securities and Exchange Commission on September 9 but apparently felt Illumina's offer was better for its investors, which include Amazon's Jeff Bezos and Microsoft's co-founder Bill Gates. Illumina is paying $3.5 billion in cash and $4.5 billion in Illumina stock for the 85.5% of Grail shares it doesn't already own. Based on the current Illumina share price, Grail shareholders will own 8.3% of the combined company when the deal closes, which isn't expected to happen until the second half of 2021. 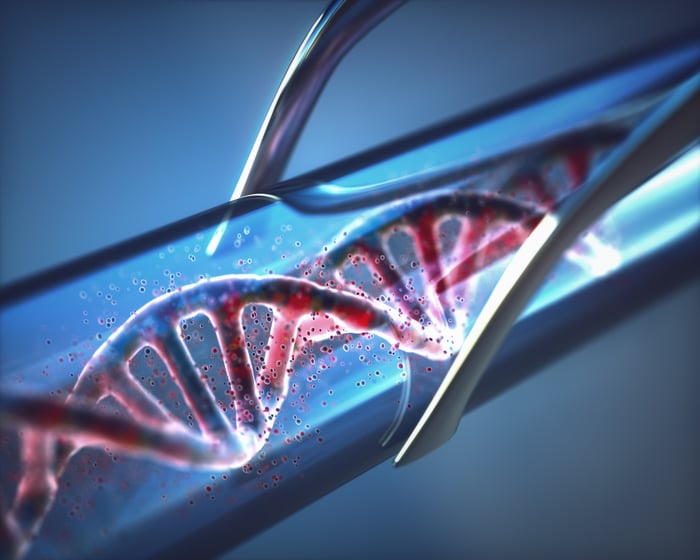 Considerably sweetening the deal for Grail's investors are contingent value rights to a cut of future revenue from Grail products for the next 12 years. The holders will receive 2.5% of the first $1 billion of product revenue each year and a generous 9% on annual revenue over $1 billion.

Illumina's investors appear to be concerned about the deal's price tag, with shares down 7% today, but Grail's products could be revolutionary. The company has a blood test called Galleri to detect more than 50 different cancers in asymptomatic patients, only five of which can be detected using current screening techniques. Galleri is in a clinical study with 6,200 patients, and Grail expects a commercial launch in 2021. Illumina believes the deal expands the company's total addressable market by at least $60 billion.