Please ensure Javascript is enabled for purposes of website accessibility
Log In Help Join The Motley Fool
Free Article Join Over 1 Million Premium Members And Get More In-Depth Stock Guidance and Research
By John Rosevear – Sep 21, 2020 at 9:10AM

Trevor Milton has left the company he founded, effective immediately.

Shares of electric-truck start-up Nikola (NKLA 0.42%) fell over 25% in premarket trading on Monday morning after the company said that its founder and chairman Trevor Milton had resigned overnight.

Milton has been under pressure from allegations leveled by short-seller Hindenburg Research, which alleged in a report on Sept. 10 that Milton had misled investors with false claims about the company's technology.

"I asked the Board of Directors to let me step aside from my roles as Executive Chairman and a member of Nikola Board of Directors," Milton wrote in a statement posted to his Twitter account. "The focus should be on the Company and its world-changing mission, not me. I intend to defend myself against false allegations leveled against me by outside detractors." 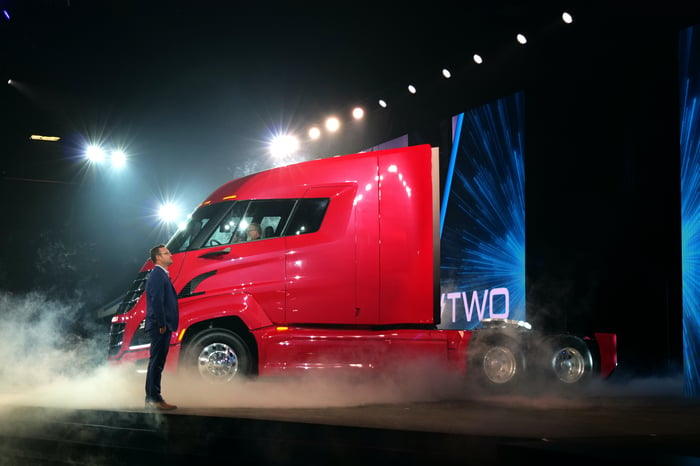 Steven Girsky, the former General Motors (GM 0.87%) vice chairman who led the special-purpose acquisition company that took Nikola public, has replaced Milton as chairman of Nikola's board of directors.

In a statement, Girsky thanked Milton for his "visionary leadership and significant contributions to Nikola since its founding."

General Motors, which announced a deal to produce pickup trucks, fuel cells, and batteries for Nikola just a few days before Hindenburg's report was published, said in its own statement that it will continue to work with the embattled start-up.

"We acknowledge Trevor Milton's departure from Nikola and the decision of the Nikola Board to move forward," GM said. "We will work with Nikola to close the transaction we announced nearly two weeks ago to seize the the growth opportunities in broader markets with our Hydrotec fuel cells and Ultium battery systems, and to engineer and build the Nikola Badger [pickup truck]."

GM said that its deal with Nikola, and a separate technology-sharing deal with Honda Motor, are just parts of its overall strategy to accelerate adoption of electric vehicles.