Monday once again showed the division in the markets.

The stock market had another tough day on Monday, with the Dow Jones Industrial Average (^DJI -0.56%) finishing the session with a decline of more than 500 points. That was the worst drop on a percentage basis among major large-cap benchmarks, with the S&P 500 (^GSPC -0.09%) seeing a milder fall and the Nasdaq Composite (^IXIC) almost making it back to level in a late-day recovery.

As significant as those declines looked at times during Monday's trading, they could've been a whole lot worse. They probably would've been had it not been for solid performance in the tech sector -- specifically, the software arena. 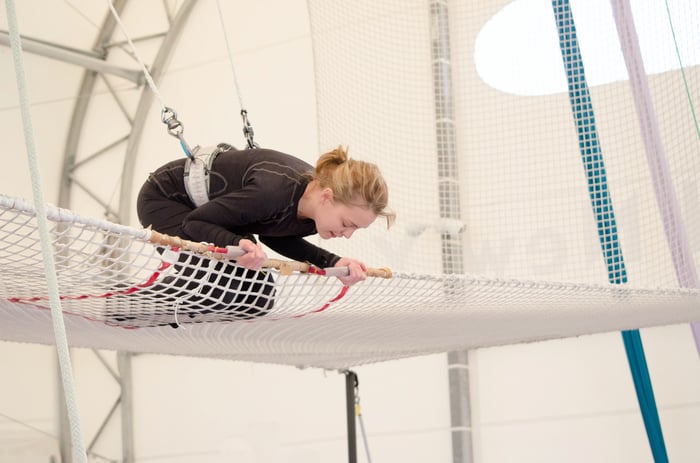 Software as a service -- a winning business model

Time and time again during 2020, we've seen stocks that have turned their software platforms into subscription-based services do extremely well even under trying market conditions. That was once again the case on Monday, as many of these popular stocks were up significantly even as the rest of the market gave up ground.

Among the big winners on Monday were the following:

Even though these three stocks have a common thread in their software as a service (SaaS) stock status, they have very different niches within the tech space. For the most part, they don't compete against each other. They've focused on areas of the market that they can each dominate.

For investors, though, that's good news. Not running up against each other means that all of these stocks can rise in unison when market sentiment about the SaaS business model  is good. That's what happened on Monday, and it's happened countless times so far in 2020.

Will the good times last for young software companies?

Plenty of investors have largely avoided these four stocks and companies like them. The objections are ones you've heard a lot about lately -- valuations are high, businesses are unproven, and the entire tech sector is in an unsustainable bubble.

Yet there's a clear retort to those naysayers. The same arguments have been true for months, but they haven't kept these companies from seeing amazing returns in 2020. Those gains have come even as many much more popular and widely held stocks have lost ground this year.

The COVID-19 pandemic has forced many big businesses to retrench and figure out how to adapt to an increasingly digital world. Before the coronavirus crisis hit, those companies thought they had more time before they'd be put to the test. The need to accommodate remote workers and customers who no longer want to go out to physical business locations has forced those companies to act quickly. In order to make up for lost time, they need the services that software providers can give them to keep up with the rapid pace of change.

The disconnect between different segments of the stock market can seem troubling to some investors. Yet often, it only recognizes the greater potential that some businesses have. When that's the case, more attractive companies deserve higher stock prices.

Stock Markets Exploded Higher Wednesday. So Why Did DraftKings and Bandwidth Miss Out?
370%