You can't blame Disney (NYSE:DIS) and rival Central Florida theme park operators for trying to make Halloween happen. This past weekend was the first one with a seasonal bent at Disney World, Comcast's (NASDAQ:CMCSA) Universal Orlando, and SeaWorld Entertainment (NYSE:SEAS) -- and it was by most accounts a success.

Folks were trick-or-treating through SeaWorld Orlando, enjoying last-minute jump scares at Universal Orlando walk-through attractions, and dressing up as their favorite characters at Disney's Magic Kingdom. It seems like business as usual, but like any good Halloween disguise it often masks what's really going on underneath the costume. 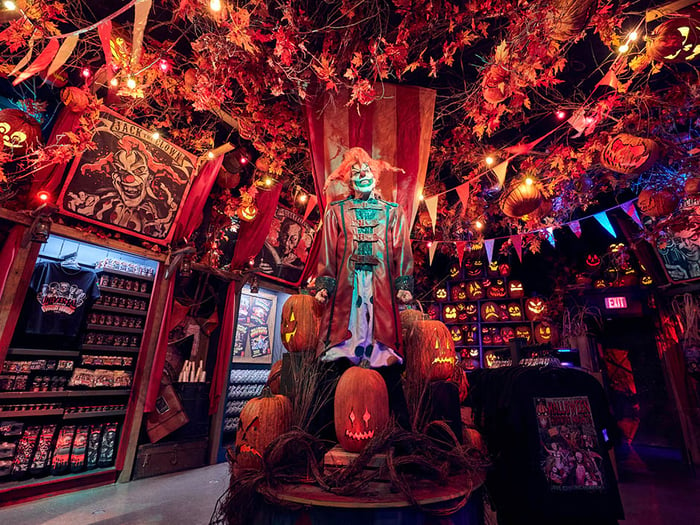 Peeling back the candy wrapper

Comcast surprised the industry last week by announcing that it would be offering up a pair of haunted houses at Universal Studios Florida during the daytime. The park hosts the wildly popular Halloween Horror Nights after-hours event this time of year, but with the event canceled earlier this summer in light of the pandemic, it seemed as if haunt fans would have to wait until next year for a shot at the after-hours hard-ticket event.

Universal Studios Florida decided to "test" a pair of its soundstage walk-through haunted houses over the weekend with day guests, and it was a hit. Virtual queue reservations for the two scare mazes were all gobbled up within minutes of the park's official opening on Saturday and Sunday. The attraction won't be as lucrative as Halloween Horror Nights itself, but it should be a good way to keep guests coming to the park during what has historically been a seasonal lull for the industry with schools back in session.

Disney also nixed its well-attended nighttime Mickey's Not-So-Scary Halloween Party, but it's trying to offset the sting with character cavalcades in seasonal disguises, Halloween decorations, and limited-time treats and trinkets. Adults that are usually restricted from visiting Disney's Magic Kingdom in costume during the regular operating day can now do so through the end of next month.

SeaWorld Orlando is the closest to sticking to its 2019 playbook. Its SeaWorld Spooktacular kicked off over the weekend as it usually does. Families went trick-or-treating at designated stations across the park, only this time with social distancing and other pandemic safety measures in place.

Social media reports have Disney, Comcast, and SeaWorld Entertainment drawing large crowds over the weekend. It's all relative, of course. The parks have capped their daily guest counts to allow for social distancing, and ride wait times can get pretty lengthy with attractions separating guests within vehicles and stages. The first weekend of Halloween-themed activity was still a success for the industry. In the wild whirlwind of a pandemic, recession, and heavy storm season, Disney, Comcast, and SeaWorld are finding ways to make their turnstiles click.