Hollywood is getting back to work again. The unions representing the casts and crews on movie and TV production sets have finally agreed with the major studios on a set of COVID-19 safety protocols, setting the stage for a return to live-action studio work.

Coronavirus testing will be mandatory for every cast and crew member before the first day of work on a new project. More tests will follow on a weekly basis for any production crew that isn't on set while performers are present without protective equipment. Performers and close-contact crew members will be tested at least three times a week.

Every set will have a dedicated COVID-19 compliance officer who will enforce the safety protocols and handle difficulties along the way. Everyone will have access to 10 days of paid sick leave, and there's a system for quarantine pay. The paid quarantine leave was reportedly a sticking point in these negotiations.

The production-side unions are now ready to get back to work, though each production will have to restart on a case-by-case basis. 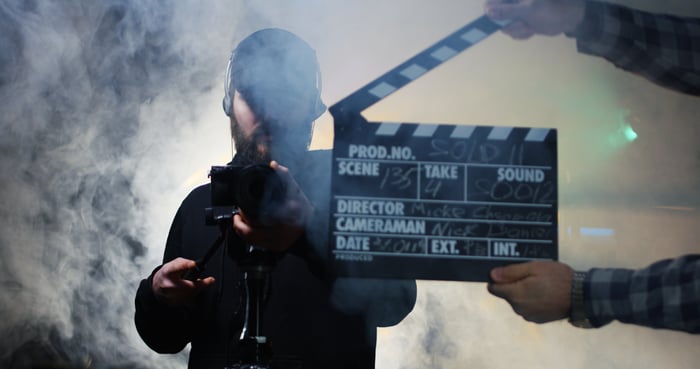 After closing down the sound stages in March, a group of four important production-side labor unions worked together for several months to reach an acceptable safety agreement with the Alliance of Motion Picture and Television Producers (AMPTP). This group negotiates union deals on behalf of more than 350 production studios, including all the major names, such as Walt Disney (NYSE:DIS), ViacomCBS (NASDAQ:VIAC), and Sony Pictures (NYSE:SNE).

These guidelines are based on a June report from the unions called "The Safe Way Forward," which in turn was developed in cooperation with epidemiologists and other experts on infectious disease.