GoodRx is successful, profitable, and going public on Wednesday.

The recent flood of IPOs is threatening to submerge the stock market. One that's standing out like a life raft is GoodRx, a company with a unique business model and several other attributes that are sure to draw a lot of investor attention.

Its core product is a price-searching service for prescription medications, which it offers through a dedicated smartphone app. The company is paid a percentage of every sale, hewing to the classic middleman business model.

GoodRx's aim is to utilize this platform to offer a host of other healthcare services. One of these is a telemedicine product, HeyDoctor, which is roughly comparable to that of Teladoc Health (TDOC -2.04%). Teladoc has been a standout performer this year thanks to the wild popularity of telemedicine as a segment; GoodRx management is smart to play up the company's involvement in that healthcare niche. 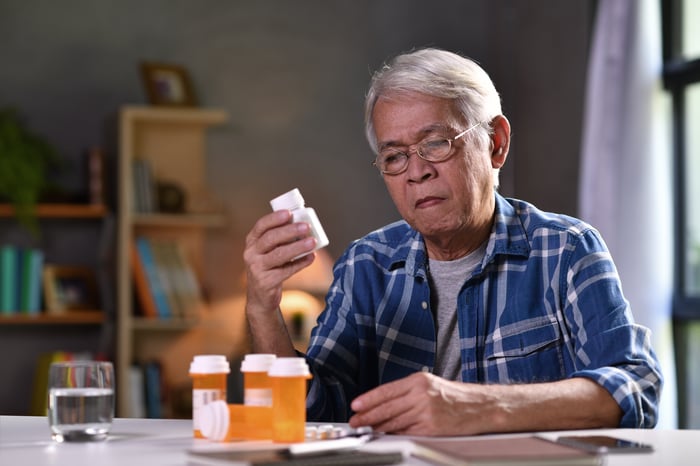 At the moment, though, prescription commissions account for the vast majority of its revenues -- 94% in 2019. It's clearly a strong core product -- overall top line grew at a 56% year-over-year clip last year (although acquisitions have also contributed to that expansion). Also,  GoodRx is one of the rare tech-leaning start-ups that's profitable. Its annual net margins over the last three years have been around 17% to 18%.

It remains to be seen how the company will fare in other segments, notably telemedicine, where competition is heating up to the boiling point. Still, its robust prescription business and high profitability should make it a popular stock from the get-go.

GoodRx is slated to begin trading on the Nasdaq Wednesday under the ticker symbol GDRX. In the IPO, the company is selling just over 23.4 million shares of Class A common stock; current shareholders are divesting nearly 11.2 million more. The price range has been set at $24 to $28 per share.