While everyone initially hunkered down during the coronavirus pandemic, not knowing how the crisis would play out, six months into the outbreak and people are more than ready for their lives to return to normal.

Loan data shows the big-ticket purchases consumers held off on at the onset of COVID-19 have since resumed, and that bodes well for powersports-vehicle manufacturer Polaris Industries (NYSE:PII). 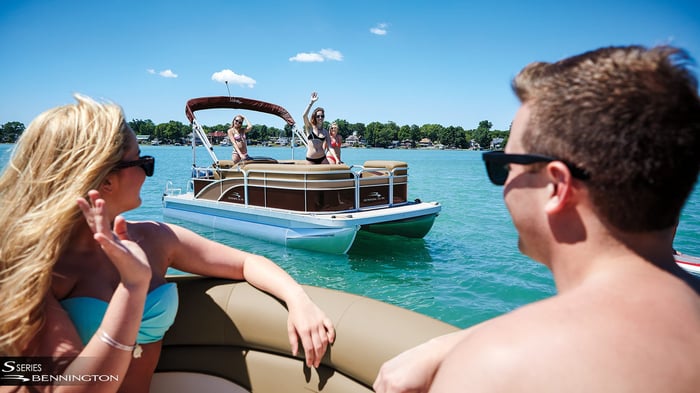 Multi-lender marketplace Credible examined a representative sample of nearly 800,000 personal loan rate requests submitted to its lenders in 2020 and found that, although most people are doing the responsible thing by trying to consolidate debt and refinance credit card purchases, an increasing number of individuals are looking to take out a loan for discretionary-consumer items.

In fact, the two categories that saw the largest increases in loan requests were boats and motorcycles, which saw a 355% and 257% increase in loan requests, respectively.

Data from Credible. Table by author.

Despite those two areas still representing a very small portion of the total loans consumers sought -- moving and buying a car, for example, accounted for more requests -- these two powersports activities saw the biggest uptick compared to any other category.

That bodes well for Polaris, since the motorcycle industry has been in a tailspin, and the vehicle maker was already reorganizing its boat business just months after diving into the segment. However, the real benchmark will be in what kind of boats and bikes they are buying.

Pulling out of a spin

As Harley-Davidson (NYSE:HOG) knows all too well, motorcycle buyers haven't been buying the big, heavyweight bikes it is known for.

The leading motorcycle manufacturing has been caught in a five-year-long slide in sales, and last quarter sales were down 53% from the year-ago period, causing Harley to swing to a surprising adjusted loss of $0.35 per share.

While that was mostly the result of the pandemic closing down motorcycle dealerships, the bike maker hasn't posted a single quarter of higher sales in the U.S. in over four years. It ousted its CEO earlier this year and recently announced its third roadmap in a year as it tries to figure out just how to navigate changing consumer preferences.

Polaris has actually fared better in the motorcycle business, noting last quarter that North American consumer retail sales of its Indian Motorcycles brand was up by mid-teen percentage rates.

Boating was a different story, with segment sales falling 28% year over year. The pandemic caused it to have a different view of the business less than a year after buying into it. Polaris announced it was effectively scuttling its fishing and cruiser boats in favor of pontoon and deck-boat business, two popular and growing segments pre-pandemic.

If the boats consumers are taking loans out for are these types of versatile boats, then obviously Polaris will have made the right choice, but the powersports leader will end up having that sinking feeling if it chose wrong.

According to Credible, 27% of all consumer-loan requests between March 14 and Aug. 26 were for debt consolidation, but that was down 35%, from nearly 42% of all consumer loan-requests, from Jan. 1 to March 13. Credit-card refinancing accounted for 23% of loan requests, up 14% from the prior period.

In contrast, as mentioned above, boat- and motorcycle-loan requests saw a massive surge. They still represented just 0.34% and 0.74%, respectively, of the representative sample of personal loan-requests. That said, the gains could be a hopeful sign, though it also might just mean winter isn't the best time for such vehicle sales.

Still, because Polaris Industries business held up well throughout the pandemic, these consumer loan numbers could be an indication it hasn't missed a step and will see even higher sales soon.

Is Polaris Stock a Buy After Pandemic Drove Demand for Boats and Motorcycles Higher? @themotleyfool #stocks $PII $HOG $THO $CWH Next Article
Current