Shares of U.S.-focused exploration and production company Matador Resources (NYSE:MTDR) rose as much as 10% in the first hour of trading today. A bit of that investor enthusiasm probably arose because oil prices, after falling sharply the day before, were higher when Wall Street opened for trading. But most of the early excitement was likely related to some news of a different sort.

The first big story here came from the company itself, with Matador announcing encouraging results from a new development effort. Having released the results for four wells, the company highlighted that another nine wells in the same region would be coming on line over the next couple of weeks. Notably, drilling costs were about 20% lower than originally expected, and initial production was strong. The company anticipates a sizable increase in production in the fourth quarter and is projecting that it will be cash flow positive. That's a key achievement today as the energy sector works through a painful downturn. 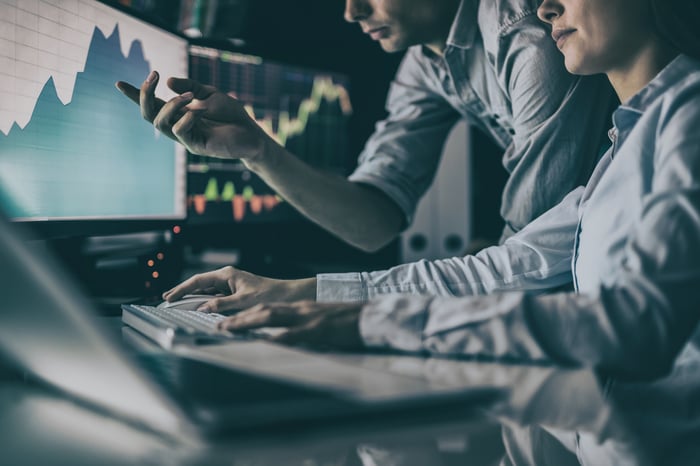 In addition to this, Matador also received some encouraging support from Wall Street. Northland Securities maintained its buy rating on the stock with a price target of $12 per share. And Truist Financial shifted the stock from a hold to a buy with an even more aggressive price target of $15 per share. The stock closed at around $8.50 a share on Monday, so both targets suggest material upside potential. That said, investors didn't remain excited for all that long, with the stock up by just 3% or so at 11 a.m. EDT on Tuesday.

While analyst calls often lead to notable stock moves, investors should probably pay more attention to the drilling news out of Matador today. It was actually pretty exciting, since the new wells it is bringing on line could help it be cash flow positive. This, in turn, suggests that the business can more easily muddle through the current supply/demand imbalance that has punished energy prices and energy stocks alike.

That said, long-term investors shouldn't overlook the bigger picture here: Volatility is likely to remain high until oil mounts a sustainable rally. The big advance and quick pullback in just a few hours of trading are clear evidence of this.