On Monday, Sept. 21, The Wall Street Journal reported that Trian Fund Management, an activist investment firm headed by Nelson Peltz, had taken an $870 million stake in Comcast, good for about 0.4% of the company.

The news sent Comcast shares up at the end of the day, though shares still finished in the red on a down day for the markets. Comcast shares are up about 2.4% for the year, though still below their January highs.

So what might have lured Trian to invest in this large-cap communications stock, and are the shares right for your portfolio? 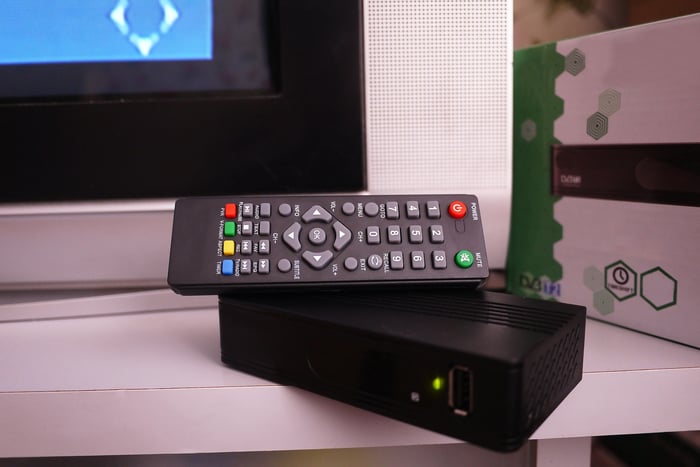 Cheap compared to the market

Although Trian is known to be an activist, it tends to take friendlier routes than other activists to effecting change in its portfolio companies. Trian has a history of investing in large, well-known household brand-name companies, then advocating for either cost reductions or asset sales and spinoffs. Past investments include Procter & Gamble (NYSE:PG), which was successful, and General Electric (NYSE:GE), which was, uh, not.

It's still unclear what changes Trian would like to make at Comcast, if any. It's possible Trian merely thinks Comcast shares are cheap in an otherwise expensive market -- a view I share. Comcast currently sports a 2% dividend yield and only trades at 18 times earnings, and even that includes two coronavirus-affected quarters. The company's P/E ratio based on 2021 earnings-per-share expectations is only 15.4. Comcast has also grown its dividend steadily over the past decade, with the payout increasing 6.5 times over 2009 levels.

Looking at the sum of the parts

Why might that be true? Trian may be looking at Comcast's closest competitor in the broadband and cable business, Charter Communications. Unlike Comcast, Charter doesn't have any content assets or international assets like Comcast does, and is thus more of a "pure play" on domestic broadband and cable connectivity. Each company also has a small mobile segment utilizing the Verizon (NYSE:VZ) network bundled with their cable and broadband offerings.

Charter has been an absolutely massive winner over the past few years and even in 2020. Curiously, despite Comcast's broadband and cable business still making up most of its profits, Comcast's stock hasn't done nearly as well, and isn't valued as highly as Charter. 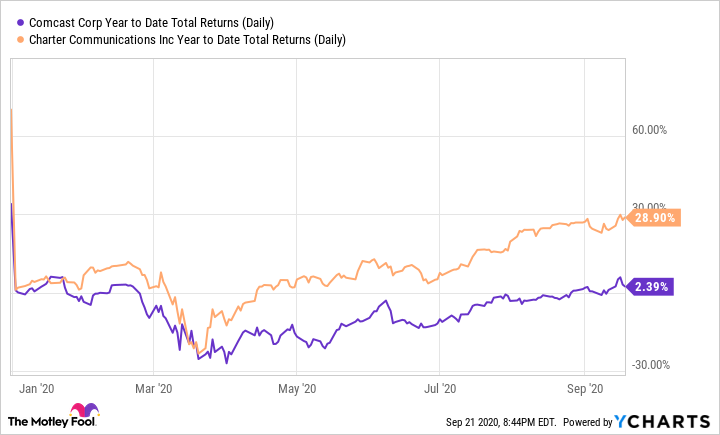 Comcast breaks out its broadband and cable business results separately from NBCUniversal and Sky. Therefore, one can look at that segment next to Charter's results for more of an apples-to-apples comparison.

As you can see, even without counting the NBCUniversal or Sky segments, Comcast's valuation isn't that different from Charter's. In fact, if one applies Charter's enterprise value-to-EBITDA multiple to just Comcast's broadband and cable business, one gets to an enterprise value of $277.8 billion, meaning the rest of Comcast is only valued at $19.5 billion.

When you think about the fact that Comcast paid a whopping $39 billion for Sky in 2018 and around $30 billion for NBCUniversal in 2013, you can see how Trian might see hidden value that could be unlocked by a breakup.

Could there be a battle ahead?

We'll have to see if Trian actually does advocate for any earth-shaking changes going forward, but dividend growth investors shouldn't hesitate to invest in Comcast today regardless of the outcome. It's a quality business and a cheap stock.