We know that Jim Cramer can move markets. Guess what?

Shares of electric-van maker Workhorse Group (WKHS 4.54%) and DiamondPeak Holdings (DPHC), a shell company that will soon merge with electric-pickup start-up (and Workhorse offshoot) Lordstown Motors, were both down sharply on Wednesday.

There was no new negative news on Wednesday, but CNBC's Jim Cramer did give a pessimistic assessment of Lordstown's prospects earlier this week, possibly influencing investors.

Responding to a viewer inquiry on air on Monday, Cramer urged caution with the stocks of special-purpose acquisition companies (SPACs) seeking to merge with electric-vehicle start-ups.

"[DiamondPeak Holdings] is an EV SPAC. Now, we saw what happened with some of the EV SPACs," Cramer said, apparently referring to the steep fall of electric-truck start-up Nikola's (NKLA 7.39%) stock following allegations that it misled investors. Nikola went public in June after its merger with another SPAC, VectoIQ Acquisition. 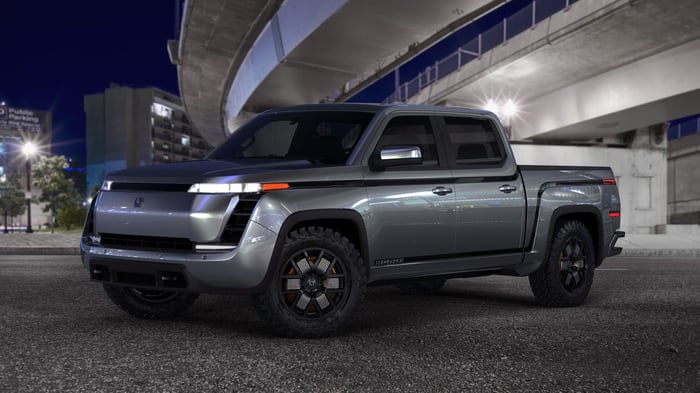 Lordstown Motors announced that it has 40,000 preorders for its Endurance pickup -- but it didn't slow a Jim Cramer-induced sell-off. Image source: Lordstown Motors.

Cramer has a lot of sway with retail traders, but I think the selling here might be a little much. While Lordstown is a start-up, it's a promising one with partners including General Motors, which sold it a factory. Analysts were impressed with the company's investor presentation last week. And if anything, there's good news: Lordstown said today that it has 40,000 preorders for its battery-electric Endurance, a pickup truck aimed at the commercial-vehicle market that it hopes to have in production by the end of 2021.

But we know Cramer's comments can move markets, and that's what seemed to be happening on Wednesday afternoon.

As for Workhorse, which owns about 10% of Lordstown and stands to receive a royalty on the company's upcoming Endurance pickups, the selling might be even more overblown. The company is preparing to ship the first of its electric package-delivery vans, designed in partnership with United Parcel Service -- and it's not a SPAC, having gone public on its own in 2018.

That said, both of these companies are speculative, and there are certainly legitimate reasons for auto investors to be cautious. Cramer is right about that. But aside from Cramer's comment, there's nothing that has surfaced in recent days to undermine the investment cases for both stocks. Trade carefully.