Only a handful of companies are as ready for the unknowns ahead as they are the knowns.

In today's media-driven market, investors struggle to look more than 50 days down the road, let alone 50 years. But that's probably the timeframe most of us should be thinking about with our picks -- constantly swapping stocks in search of the next hot name can nickel and dime a portfolio to death.

To that end, investors with enough discipline (and time) to sit tight for the next 50 years may want to consider stepping into Microsoft (MSFT -0.31%), American Water Works Company (AWK -0.57%), and Verizon Communications (VZ 0.76%) sooner rather than later. In their own way, each offers something that will allow it to withstand the tough test of time. 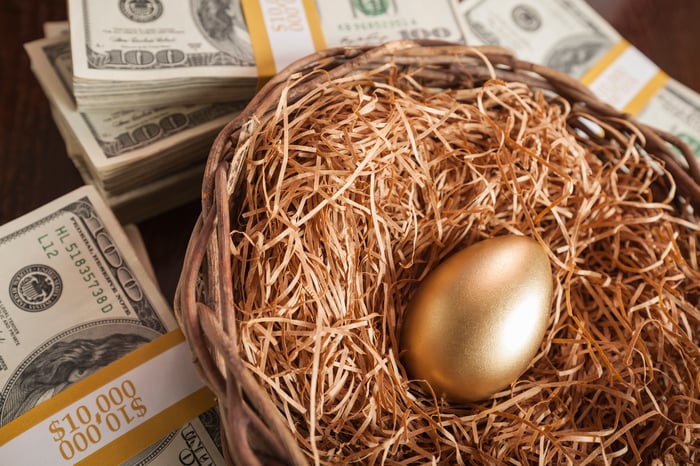 Why it's built to last: Microsoft is entrenched into the tech we rely on every single day

A decade ago, software giant Microsoft looked like a has-been. It wasn't a player in the then-young smartphone market, free office productivity software was a threat to an important piece of its business, the personal computer market was peaking, and most of the world was still trying to figure out exactly what the term "cloud computing" even meant.

When Satya Nadella was named CEO in 2014, he addressed all of those challenges.

He didn't address all of them directly, to be clear. Microsoft is largely out of the smartphone business after its somewhat disastrous experiment in the arena. And, while the PC market's long contraction finally seems to be leveling off, the company doesn't seem to see its Windows operating system as a growth engine in and of itself. Rather, it's a clever means to an end. The Windows OS readily supports use of Microsoft's cloud-based office software Office 365, which is sold on a subscription basis rather than as a one-time purchase. During its most recent reported quarter, this online version of Office was being utilized by 42.7 million consumers and an untold number of businesses, making up the lion's share of $11.8 billion worth of recurring revenue collected by the company's Productivity and Business Processes arm.

Then there's the Microsoft you don't see. If you're a regular user of any cloud service, there's a good chance Microsoft's Azure is being used to help you digitally connect with a company's servers. Microsoft's Intelligent Cloud division produced revenue growth of 17% for the three-month stretch ending in June. A big chunk of that is recurring revenue as well. The company's cloud-management software, Azure, is the only one among the majors that grew market share during Q2, according to Canalys data.

Obviously competition exists, and markets change over time. Unless individuals and enterprises stop using technology, though -- and mobile technology in particular -- Microsoft's always going to have a market to sell something to.

Why it's built to last: Water utilities are practically a legal monopoly

The average person living in the U.S. consumes between 80 and 100 gallons of water per day, according to the United States Geological Survey Agency, with most of us not giving it a second thought. If we were to shut that water off for just a few hours, though, most of us would probably go mad due to sheer inconvenience! Consumers may postpone the purchase of a car or skip a vacation, but they're not going to live without water.

That reality puts water utility names like American Water Works in an enviable position, and the company's got the numbers to prove the power of this demand dynamic. In only two quarters of the past ten years has American Water Works reported year-over-year revenue declines. Ditto for gross profits, or what's left after paying for the purification and delivery of water through its pipe networks.

That consistent success has a lot to do with how the water utility business works. Most municipalities oversee local service providers, and approve any rate hikes. They rarely reject price increases, though. Water market industry researcher Circle of Blue notes that in every year since 2010, the average U.S. household's water bill has gone up. Theoretically, a competitor could step in and undercut an incumbent's rates. But transferring control of localized infrastructure can be more complex than it's worth.

There are several viable water utility stocks to choose from, but American Water Works is compelling because it's the biggest and can throw its weight around.

Why it's built to last: New technologies perpetually offer Verizon something better to market

Finally, add telecom powerhouse Verizon to your list of stocks to sit on for 50 years or more.

It's admittedly a tough idea to embrace... on the surface. Telecom is essentially a commodity, and generally priced as such. That is to say, Verizon and its competitors sell the same basic product for about the same price.

Under the surface, though, telecom is anything but a simple commodity. Not only is there a limited amount of spectrum (radio frequencies needed to connect wireless devices to networks) to work with, new technologies are forever changing how telecom service works.

Case in point: 5G. Yes, wireless consumers are now offered 5G service, but that's not the company's 5G highlight. Verizon is thinking about far more powerful uses of this tech. For instance, earlier this month the company announced success with trials of 5G solutions optimized for use in facilities like hospitals, factories, and schools. With this ultra-high-speed wireless connectivity, the era of the Internet of Things can finally be ushered in as envisioned; complex and geographically sprawling organizations can manage all of their employees and equipment, and optimize them remotely. It even means wireless at-home broadband is now a viable option.

The thing is, 5G wasn't even on the radar a decade ago. There will always be something new to keep Verizon on the cutting edge of communications.

One could argue that rival AT&T is just as capable, but there's a stark difference between Verizon and AT&T. That is, AT&T remains deep in debt, and bogged down by the struggling DirecTV business it's reportedly trying to shed. It's also working hard to make the most of its 2018 acquisition of Warner Media, launching streaming platform HBO Max in May of this year. That's a big and somewhat distracting bet, though. Verizon is better off staying focused on doing one thing well, and not getting sucked into a brutal video entertainment war.

The dividend yield of 4.2% isn't too bad either, especially considering the company's raised it every year for the past 13 years.