Iconic American motorcycle manufacturer Harley-Davidson (NYSE:HOG) announced in April 2020 that it was undertaking a new strategic plan called The Rewire. The new operating model, which included eliminating 700 jobs, was meant to improve efficiencies and streamline the global business.

On Thursday, it was reported that Harley would be shutting its factory in India, and leaving only a small sales presence in that country, effectively abandoning the world's largest motorcycle market. But the company may have a different plan in mind. 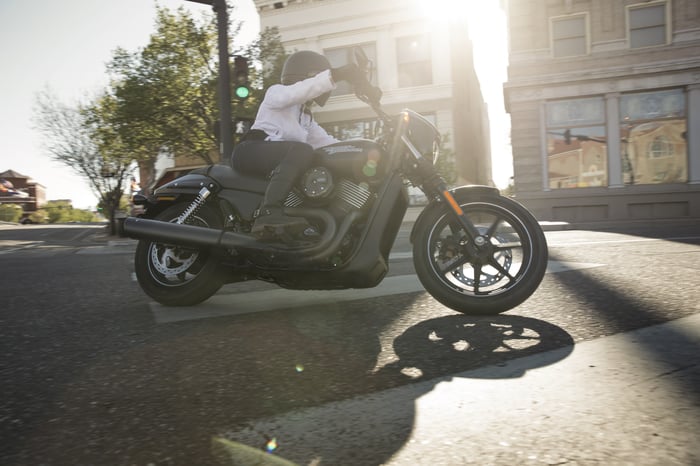 Harley's plant closure in India includes $75 million in restructuring costs and 70 employee layoffs. But the company is also in advanced talks with India's Hero MotoCorp for a distribution deal, according to Reuters. The deal would allow Hero to be the exclusive distributor of imported Harley bikes in the country, the report says.

In describing the progress in its Rewire restructuring plan, the company stated in its second-quarter earnings report, "Significant work has been undertaken to eliminate duplication, inefficiencies and complexity throughout the organization." This distribution deal seems to be another step in that process.

Harley also introduced a new five-year strategic plan dubbed The Hardwire. The basis of that plan is "enhancing the desirability of our brand and protecting the value of our iconic products," the company said in its statement.

Though the company wouldn't comment on the potential deal with Hero MotoCorp, it said it is "changing its business model in India and evaluating options to continue to serve customers," according to Reuters. Hero produced about 6.4 million scooters and motorcycles in its most recent fiscal year, representing about one-third of the country's output.