A lack of new stimulus could send the economy back down, but discount retailers have the business model to weather a tough economy.

While just everyone seems to think the U.S. needs another round of stimulus, politicians in Washington can't seem to get their act together. After talks broke down in August, calls for more stimulus from Federal Reserve officials, several high-profile CEOs, and centrist politicians seem to have gotten talks back on track. Meanwhile, last week's recent unemployment numbers came in worse than expected, fueling more urgency.

However, it's still unclear if renewed negotiations will be successful, or if anything will pass before a contentious election. A lack of new stimulus could mean more unemployment and another leg down in the economy. Meanwhile, while there has been some positive vaccine news, it's unlikely any vaccine would be widely available before next spring, should a vaccine be approved at all.

Despite these scary numbers and headlines, none of this is to deter you from your investing plan, which should include setting aside a consistent amount every month to put into individual stocks, ETFs, or index funds.

But if you're worried we're on the brink of another downturn, discount retailers Costco Wholesale (COST -1.53%), Dollar General (DG -0.20%), and Ollie's Bargain Outlet (OLLI 0.73%) are all showing incredible strength in this unique 2020 environment, while also having recession-resistant business models to get your portfolio through hard times. 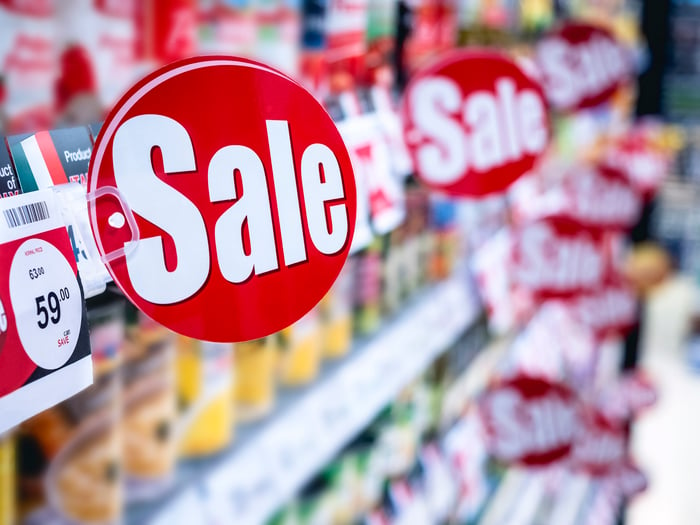 Incredibly, Costco's stock pulled back about 1% the day after its fiscal fourth-quarter earnings report last week, despite heady sales growth numbers that trounced analyst expectations. Comparable store sales rose 14.1% in the quarter and 9.2% for the entire year, and fourth-quarter earnings per share of $3.13 finished nearly 10% ahead of Wall Street forecasts.

Coscto continued its steady growth in membership as it opened eight new wholesale centers during the quarter. Membership households grew by 2.3 million to 58.1 million, or by about a million excluding a new accounting adjustment. Membership revenue grew 5.33%, lower than overall revenue and earnings growth, showing that despite raising salaries and spending for COVID prevention measures, Costco still increased non-membership profits.

So why did the stock fall? Likely, this was due to management's hint that the extra $2 per hour paid to Costco employees during COVID-19 would stick around for the time being. While that move might irk some Wall Street analysts, it's absolutely the right thing to do for the long term. Costco is known for more generous employee pay and benefits than other discount retailers, and this results in better service and a long-term competitive advantage. As we've seen, the extra pay didn't seem to harm Costco's results last quarter. If better service keeps fueling membership growth, so much the better.

Costco's discount wholesale model can beat just about any rival on price, and a good deal never goes out of style, especially in a recession. Given the company's moat and long-term growth opportunity, this is a stock you're going to want to own in both good times and bad -- but especially in bad times.

Another company reaping the gains from people stocking up on a budget is Dollar General. In the June quarter, revenue surged 24.8% on the back of same-store-sales of 18.8%. Because of the massive sales leverage on each store, earnings per share surged a whopping 89.1% and operating cash flows were up an even greater 157.2%.

Clearly, the unique nature of the quarantines brought people to their, "neighborhood general store" to stock up on low-priced goods and food items in which Dollar General specializes. Of course, this customer segment should remain resilient in the event of an economic downturn as people hunt for low prices on everyday items.

Dollar General is using the recent windfall to accelerate store expansion, new initiatives, and its share repurchase program, which should be music to shareholders' ears. The company now expects to spend $1.0 to $1.1 billion on capital expenditures this year, up from a previous range of $925 to $975 million. The increase will go toward the acceleration of new initiatives like DG Pickup, whereby customers can order online and pickup in stores, and DG Fresh, the company's initiative to bring more fresh and frozen foods to its stores. Meanwhile, the company is also accelerating its store real estate projects from 2,580 to 2,780, with an emphasis on store remodels.

Finally, Dollar General increased its share repurchase authorization by $2 billion for the remainder of the fiscal year ending in January. At today's market cap of just over $50 billion, that's another 4% shareholder return at current levels. Meanwhile, the company's 22.7 P/E ratio is more than reasonable for this recession-resistant stock, even if earnings may be a bit more elevated than usual at the moment. 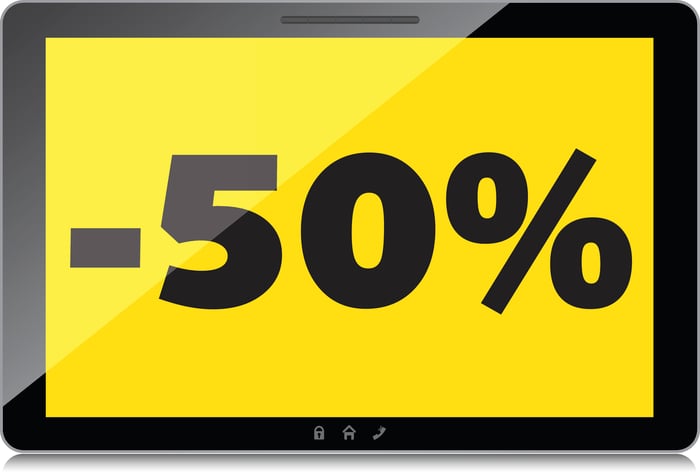 Not to be outdone by Dollar General's sterling results, Ollie's Bargain Outlet saw even bigger growth during the pandemic-fueled second quarter. Revenue grew a whopping 58.5% on the back of a 43.3% comparable store sales growth figure. Meanwhile, operating income tripled. Ollie's sells an interesting mix of household, food-related, bath, flooring, toys, and other hardware items at rock-bottom prices with a humorous tone in its decor and marketing.

What makes Ollie's especially interesting is that it's still relatively small, with only 366 stores open to date. Meanwhile, the company states that its three distribution centers -- one of which just opened in February of 2020 -- can support 500 to 600 stores over the next few years. Still, these three existing distribution centers in Pennsylvania, Georgia, and Texas only really cover the Midwest and Southeast. Thus, it seems Ollie's can still open new distribution centers and continue growing its store count for years to come as it spreads across America.

That's especially true if its new stores continue to be as profitable as current ones. New stores typically cost about $1 million to build but generate about $4 billion in sales, according to the company's 10Q filing. Assuming about a 10% net margin -- greater than last year's, but below this year's margin to  date -- and that's a 40% return on invested capital. Not too shabby! Ollie's also has a great loyalty program called "Ollie's Army," which tends to keep loyal members returning for more deals.

Moreover, in these difficult times, it's possible Ollie's may be able to capitalize by scooping up cheap leases from empty retail stores, or by buying up more closeout items from branded higher-end retail stores that are currently struggling.

In any case, Ollie's is a largely unknown company with great economics, recession-resistant characteristics, and a good growth opportunity. What more could you ask for?