Dividend stocks can be an excellent addition to your investment portfolio. Whether you choose to reinvest your payouts or leverage them as an additional source of income, the appeal of dividend stocks is undeniable. Given that some companies have been forced to reduce or even temporarily eliminate their payouts due to the financial constraints of the ongoing coronavirus pandemic, it's important to be more discerning than ever when seeking dividend stocks to add to your roster of long-term investments.

If Apple (NASDAQ:AAPL) is on your watchlist of dividend stocks to buy, you're certainly not alone. Although shares of the tech behemoth have taken a hit in recent days, its continued successes during the pandemic and overall positive indicators for future, continued growth continue to make Apple a sizzling stock. But, if it's dividends you're after, there are plenty of other companies that offer more lucrative potential returns. 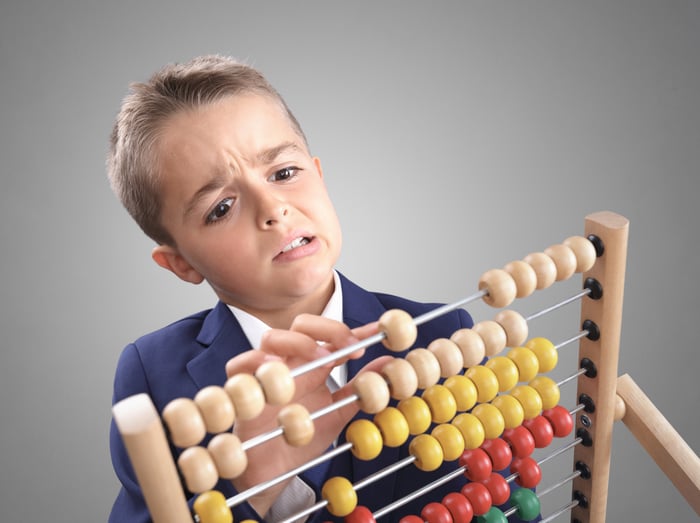 Johnson & Johnson (NYSE:JNJ) pays a dividend that yields about 2.8% -- higher than the S&P 500's average of about 2%. Because the company has raised its dividend every year for the past 57 years, it is also one of a select few Dividend Kings. Healthcare stocks have historically experienced fewer headwinds during recession periods, although companies in this sector certainly haven't been immune to the fiscal effects of the coronavirus. Johnson & Johnson has fared remarkably well against the extreme volatility of the wider market this year.

While sales fell by nearly 11% in the most recent quarter, the company still achieved positive growth in its pharmaceutical segment. This division grew by nearly 4% year over year in the second quarter. Fewer person-to-person sales resulted in a 3.4% drop in revenue in the company's consumer health segment, while its medical devices division saw a 32.5% year-over-year decline in Q2 revenue.

The sales growth in Johnson & Johnson's pharmaceutical division was driven by several of its top immunology drugs, including Remicade, Simponi, Stelara, and Tremfya. These products brought in Q2 worldwide sales of $935 million, $546 million, $1.7 billion, and $342 million, respectively. On another positive note, management actually raised the company's full-year revenue guidance in its Q2 report, and expects that Johnson & Johnson will achieve operational sales between $81 billion and $82.5 billion for 2020.

Investors aren't just eyeing Johnson & Johnson for its robust dividend yield. The company's COVID-19 vaccine, which is being developed by its subsidiary Janssen Pharmaceutical Companies, is currently one of the few candidates in late-stage clinical trials. The potential vaccine (Ad26.COV2.S) just transitioned into a phase 3 safety and efficacy trial known as Ensemble. In Johnson & Johnson's Sept. 23 press release announcing the launch of the phase 3 trial, management stated:

The initiation of the ENSEMBLE trial follows positive interim results from the Company's Phase 1/2a clinical study, which demonstrated that the safety profile and immunogenicity after a single vaccination were supportive of further development...The Phase 3 ENSEMBLE study is a randomized, double-blind, placebo-controlled clinical trial designed to evaluate the safety and efficacy of a single vaccine dose versus placebo in up to 60,000 adults 18 years old and older, including significant representation from those that are over age 60.

The Ensemble study will encompass participants in numerous countries including Peru, South Africa, the U.S., Brazil, and Argentina. Pending the vaccine's success in clinical trials, Johnson & Johnson intends to seek an emergency use authorization from the U.S. Food and Drug Administration early next year.

It's no secret that investors have been worried about 3M's (NYSE:MMM) future growth potential of late. The multinational conglomerate has struggled against pandemic headwinds, but that doesn't mean it doesn't still have a few tricks left up its sleeve. The stock's 3.7% yield far surpasses that of the average company in the S&P 500, and its 57 consecutive years of dividend growth make 3M a bona fide Dividend King.

The effect of the COVID-19 pandemic was apparent in the company's first- and second-quarter results, but there are still some green flags waving for its future growth prospects. Looking at 3M's financial performance in the first quarter ending March 31, the company reported a 3% year-over-year boost in sales, including 21% sales growth in its healthcare division and 4.6% sales growth in its consumer segment. A key manufacturer of respirators throughout the pandemic, the company had already increased its production volume to 100 million a month by the end of March. 3M also increased its cash reserves by 16% in the first quarter.

The ill effects of the pandemic resulted in notable sales declines across 3M's various businesses in the second quarter ending June 30. 3M's total sales were down 12% during that three-month period, while its healthcare, transportation and electronics, and consumer segments saw sales declines of 0.4%, 20.9%, and 6.2%, respectively. The company produced close to 800 million respirators in the first six months of the year, and expects to distribute 2 billion worldwide before the year is out.

Despite 3M's shaky balance sheet in the second quarter, it increased its earnings on the basis of generally accepted accounting principles (GAAP) by nearly 16% from Q2 2019. Another green flag for 3M at the end of the second quarter was its strong cash position of nearly $2 billion, which will help the company continue to maintain its excellent dividend and provide some insulation from the current volatility it's facing.

The company didn't offer forward-looking guidance for the rest of 2020 in its Q2 report. It's also worth noting that 3M hasn't exactly been known for substantial year-over-year revenue increases in the past -- it reported just 3.5% sales growth in 2018 and a slight decline of 1.9% in 2019.  Nonetheless, considering 3M's diversified portfolio and storied devotion to its dividend, I believe the 118-year-old company can still be a viable play for investors able to tolerate the near-term risk associated with this stock.

Lowe's (NYSE:LOW) is a Dividend Aristocrat, having raised its dividend every year for 45 years in a row. The company's dividend yield is about 1.5% at the time of this writing. The stock is up about 32% year to date.

Lowe's status as an essential business brought it booming sales in both the first and second quarters of 2020. During Q1, the company's comparable sales grew by 12%, while its diluted earnings per share (EPS) went up by 35%. The company's second-quarter results blew the previous quarter's out of the water. Lowe's reported 35% comparable sales growth in Q2, while its diluted EPS grew by a remarkable 75%.

The company is still in the early stages of a multi-year initiative it launched in 2019 targeting the modernization of its technology and retail operations. Part of this plan involves building on its already strong position in the home improvement space, while strengthening its e-commerce platform. Sales on Lowes.com were up 135% in the second quarter, which makes sense given that many homeowners turned to focus on projects around the house amid widespread lockdowns and stay-at-home orders earlier this year. In total, the company reported $27 billion in sales during the second quarter. Lowe's closed the second quarter with $11.6 billion in cash and cash equivalents compared with its $47 billion in total liabilities, $20.2 billion of which represents long-term debt.

Although the company is declining to offer financial guidance for the rest of 2020, its strong cash position and extremely robust sales growth are just what investors want to see. While heightened demand due to COVID-19 closures has clearly boosted Lowe's sales, some of this growth could also be attributed to its ongoing retail and technology makeover. Investors seeking long-term buy-and-hold stocks for dividend income should definitely take a second look at this stock.