I'm sharing my big mistake so that you don't repeat it.

Earlier in the year, when the stock market crashed due to the coronavirus pandemic, a lot of investors were in a panic. I, however, decided to take the opportunity to capitalize on falling stock prices.

I generally make a point to hoard some cash so that when downturns hit, I'm able to jump in and scoop up quality stocks on the cheap. And one company I really had my eye on earlier in the year was Netflix (NFLX -1.21%). Not only had I been eyeing it for a while, but I figured that with so many people suddenly being forced to stay home, the demand for the streaming service would surge.

But instead of adding Netflix to my portfolio earlier this year, I actually wound up missing out on the opportunity to buy it. And it taught me a very important lesson: Don't try to time the market. 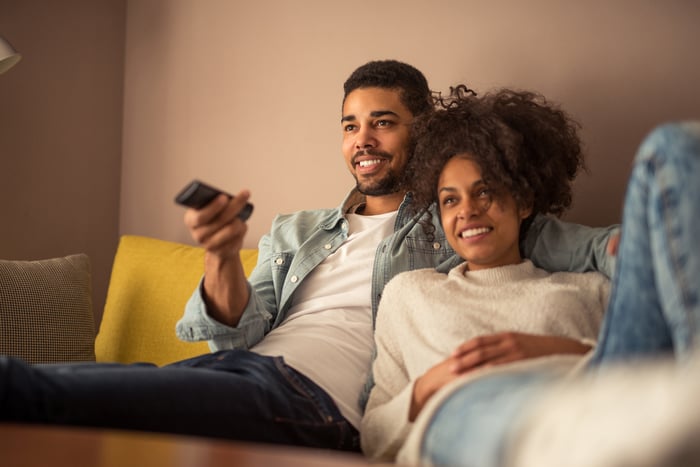 Only that dip never happened. On March 19, Netflix opened at $324.33 a share. The day after that, it climbed roughly $18. And by early April, it's share price was higher than it was back in early March.

All told, I missed the boat on buying a great stock at a terrific price because I was convinced the market would take another single-day plunge, only to have that not happen. And that blunder helped me realize something I've really known all along: Timing the market just isn't a great strategy. You can try to predict the exact day or week that stocks will fall, but without a crystal ball, it's impossible to land on the perfect time to add a company to your portfolio.

From that moment on, I promised myself I'd change my approach to buying stocks during a market downturn. Now, instead of asking myself "will this stock get any lower?" I instead ask "will this stock get a lot higher?" If the answer to that second question is "yes," then it's a good time to buy -- even if I'm not snagging the absolute lowest price.

On September 25, Netflix opened at $474.39. Had I bought it in mid-March, when it was barely above $300, I'd be sitting pretty right about now. But rather than kick myself over that mistake (which, OK, I did for a short while), I've instead adjusted my philosophy when it comes to chasing lows. This doesn't mean I won't take advantage of stock market crashes -- I'd be crazy not to. But timing my purchases to the day is something I'm pledging to stay away from, and hopefully, by changing my mindset, I'll avoid missing out on great opportunities in the future.