The 4% rule answers a question every retirement investor asks at some point: How much can I afford to withdraw each year from my savings, so that I don't run out of money? While it's great for planning to have an easy answer, there's one big problem: The 4% rule may need to retire before you do.

A financial advisor named William Bengen first published the 4% rule in the 1990s. He identified his now-famous safe withdrawal rate after running multiple scenarios against the actual financial market returns and inflation rates between 1926 and 1992. His analysis led to a surprisingly simple conclusion. Even through history's worst crashes and economic downturns, portfolios containing 50% equities and 50% bonds did not run out of money for 30 years or more when withdrawals were capped at 4% with annual adjustments for inflation. Since Bengen's initial analysis, others have replicated his work with more-current data to verify that the rule still holds up. 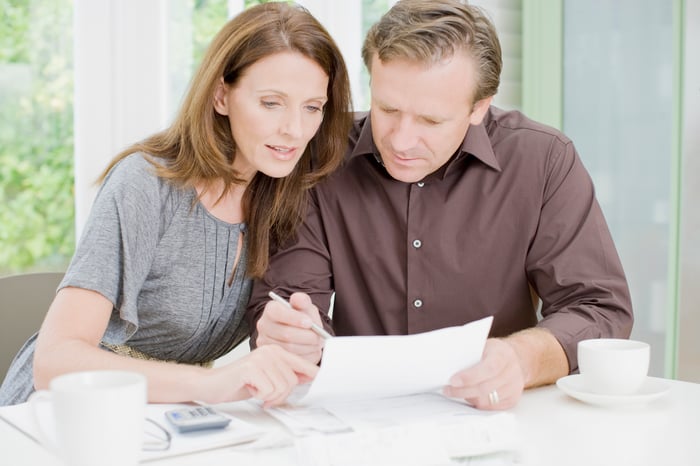 So, what's the problem? Although the 4% rule may hold its weight on paper currently, the future's likely to bring conditions that haven't been baked into the analysis. One concern is the timeline. People are living longer, and 30 years of solvency may not be enough. To be fair, life spans would have to get a lot longer to break the 4% rule on their own. In many of Bengen's scenarios, the portfolios actually had a higher balance after 30 years than at retirement.

But there is another issue: The 4% rule assumes future market conditions will be no more extreme than historic ones. The downturns covered in Bengen's analysis did include the Great Depression and the 1973-1974 stock market crash, which admittedly were pretty extreme. Even so, given how 2020 has played out thus far, it doesn't seem wise to assume we won't set new records sometime down the road.

This year has already produced historically low bond yields, which fall outside Bengen's analysis. That alone is significant, given that he initially assumed a portfolio with 50% bonds. Plus, 2020 has also delivered some historically significant moves in the equities market. The coronavirus-fueled sell-off in March was the fastest 30% drop in history. As well, the single-day dip on March 16 was the S&P 500's third-largest single-day percentage drop in history.

It's these never-before-seen market conditions along with longer life spans that threaten to break the 4% rule.

Unfortunately, when it comes to retirement planning, you have to address the worst-case scenario. It's not enough to be 90% sure you won't run out of money in retirement; you have to be 100% sure. And that level of confidence requires very conservative planning. In today's world, the 4% withdrawal rate may not be conservative enough.

Mathematically, lowering the withdrawal-rate assumption in your retirement plan means you have to save more before retirement or spend less after retirement. And the change can be significant. The table below shows how your target savings balance varies based on 3%, 3.5%, and 4% withdrawal rates, as well as how much income you need from the retirement account in your first year.

As you can see, if you plan to take $40,000 from your retirement savings in the first year, changing the withdrawal rate from 4% to 3% raises your starter-savings needs by more than $300,000. If you want to pull six figures annually from your savings in retirement, you may have to save an additional $830,000.

If you don't want to increase your savings target, you can hope for the best (not recommended as your entire strategy) or plan for a more subdued lifestyle later. If you're on track to save $2.5 million, for example, the percentage-point-lower withdrawal rate lowers your income from $100,000 to $75,000 in that first year.

Get conservative with your retirement plan

Over the past 25 years, the 4% rule has helped many retirement investors plan their savings goals and manage their account withdrawals. But as people live longer and the markets outdo historic extremes, a 4% withdrawal rate will be less reliable. Now's the time to think through what your retirement plan looks like with a 3% or 3.5% withdrawal rate instead -- so you have the time to adjust your savings plan as needed.

Retirement Investors: Why It's Time to Stop Using the 4% Rule @themotleyfool #stocks Next Article
Current