As part of a new labor deal, Ford will refit an Ontario SUV factory to build new electric models.

Ford Motor Company (F -0.22%) has revealed plans to build some of its upcoming electric vehicles in Canada.

Ford said that it has agreed to invest 1.8 billion Canadian dollars (about $1.35 billion U.S. dollars) in its Canadian facilities as part of a new contract deal with its Canadian workers represented by the Unifor labor union. Part of that sum will go to convert an SUV factory in Ontario to build electric vehicles, the company said. 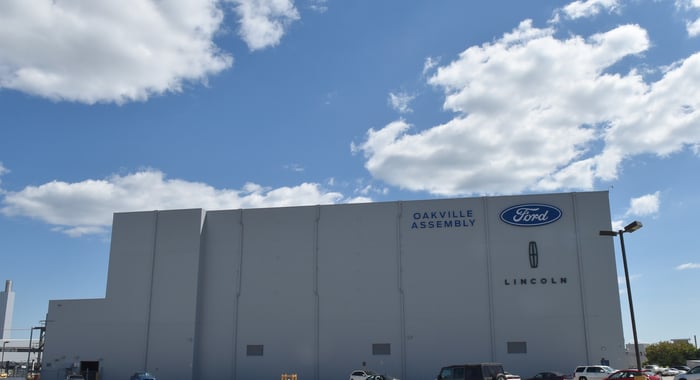 That factory, Ford's Oakville Assembly Plant, currently builds the internal-combustion-powered Ford Edge and Lincoln Nautilus crossover SUVs. Production of those models is expected to end after 2022, after which the factory will be refitted to allow for manufacturing of electric vehicles beginning in 2024. It's expected to be the first electric-vehicle manufacturing plant in Canada.

Ford didn't say which electric models will be built at Oakville. Some analysts have speculated in the past that Ford may replace the Edge and Nautilus with a pair of battery-electric midsize SUVs; it's possible that those new SUVs will be the models built at Oakville.

Ford said in 2018 that it would commit $11 billion to developing 16 completely electric vehicles by 2022. So far, only a few -- the Mustang Mach-E and electric versions of the F-150 pickup and Transit commercial van -- have been confirmed by Ford.

Ford's hourly workers in Canada also received 2.5% wage increases and a series of bonuses under the new contract.