The firm's analysts now predict an approximate 25% upside for Penn.

With the online sportsbook scene attracting plenty of action and investor interest this year, Penn National Gaming (PENN -1.02%) has converted a previous "bear" to a more bullish stance in light of its recent Barstool Sports partnership. Wall Street brokerage firm Rosenblatt Securities, Inc. gave the casino and racetrack operator a $90 price target today, amounting to a roughly 25% upside from Penn's current trading at around $72, as reported by Seeking Alpha.

In its research note, Rosenblatt Securities directly stated its appraisal of the Barstool deal "suggests a lower probability of our bear case playing out and now greater focus on the bull case." It says the company is winning back revenue and increasing its margins much faster and more robustly than expected, and views the fact "Penn was able to achieve these results without spending on external marketing due to their content driven customer acquisition strategy" as key to its positive case. 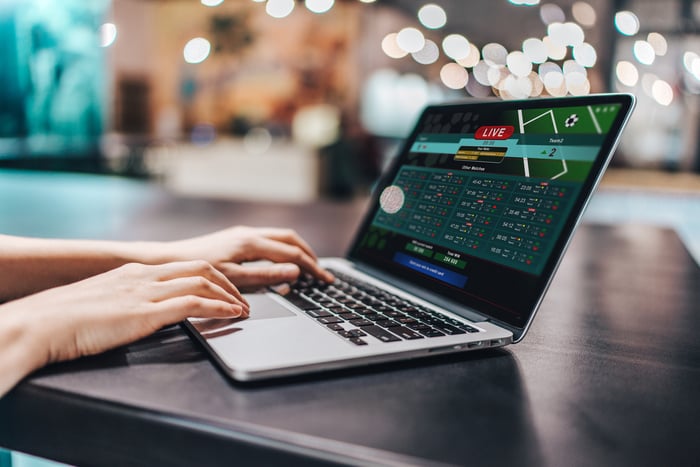 According to supplemental research by Seeking Alpha, the consensus price target for Penn from 15 Wall Street analysts is currently $65.93, far below Rosenblatt's $90.

The upgrade follows positive comments on Penn this morning from JP Morgan (JPM 1.05%) analyst Joseph Greff. JP Morgan's price target is a somewhat more modest $82 but still represents an approximate 13% upside. Greff remarks the investment bank's analysts "still see value and catalysts ahead" and that Penn's risks are lower than some investors believe because of its recent $982.1 million stock offering.

Why Casino Stocks Jumped This Week
357%