Has the grocery supply behemoth finally put its merger integration issues behind it?

In trading on Tuesday -- the day after the release of its fiscal fourth-quarter 2020 earnings report -- United Natural Foods (UNFI 0.80%) stock lost more than 14% of its value.

Traders could be forgiven for taking some money off the table, as the company's shares had more than doubled year to date, and even after Tuesday's plunge, the stock is still up by 88% on the year. Profit-taking was catalyzed by the announcement that CEO Steve Spinner will retire on July 31, 2021 -- or perhaps sooner, depending on when his successor is named -- but he plans to continue on at UNFI in the role of executive chairman. Slightly light revenue and earnings guidance for 2021 also contributed to the stock's slump.

That we're discussing guidance on anticipated earnings at all reveals that UNFI has made significant progress on fixing the problems associated with its $3 billion acquisition of wholesale and retail grocer SUPERVALU in October 2018. That transaction, which added billions to UNFI's top line, also derailed it from years of steady profits.

First, the acquisition saddled UNFI with a high debt load, which strained both reported net income and cash flow. UNFI also struggled to integrate the two businesses, and encountered distribution problems in SUPERVALU's system. As a result, management had to revise its long-term estimates of SUPERVALU's contribution to the company's overall EBITDA (earnings before interest, taxes, depreciation, and amortization). Massive losses followed in 2019 as UNFI wrote down the value of the acquisition.

Fast-forward to today: Most of the integration and distribution hurdles have been cleared. Management has used excess free cash flow to reduce the company's long-term debt. Then the U.S. was hit by the COVID-19 pandemic early in 2020, which provided an unforeseen opportunity for UNFI to lean into its wholesale supply business as demand for eat-at-home (i.e., grocery channel) products soared.

As a result, the company is enjoying new momentum: In the last quarter, UNFI's revenue jumped by 8% to $6.75 billion, after adjusting for an extra week in the final quarter of fiscal 2019. Same-store sales leaped 21% year over year during the quarter. Gross margin edged up 41 basis points thanks to a higher percentage of sales flowing through UNFI's retail channel. Best of all, the company posted a second consecutive quarter of positive net income. At $52.3 million, net earnings more than doubled the prior-year quarter's bottom line of $19.2 billion. 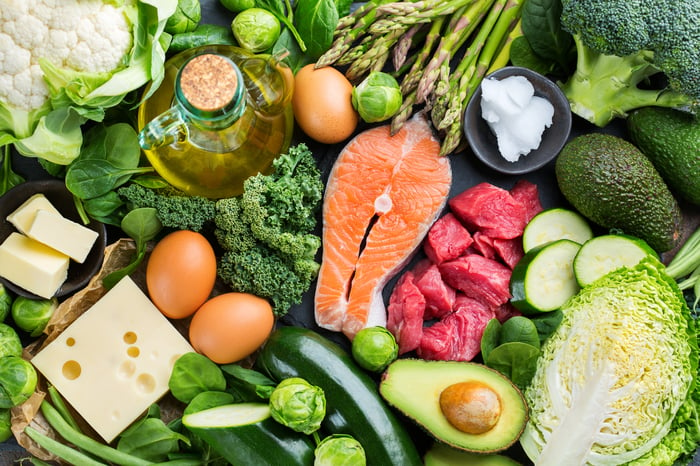 Sometimes, sudden stress on a supply chain can result in longer-term optimization. While the pandemic put added pressure on UNFI's supply structure, the organization has been able to meet demand while simultaneously reducing complexity and fragmentation in its operations. It recently completed the integration of five separate distribution centers (DCs) in the Pacific Northwest into two facilities, and it's currently implementing automation in two DCs, which will help it sort inventory with greater speed and accuracy.

The pandemic has also boosted cross-selling opportunities for UNFI as its grocery chain clientele seek to expand their offerings for shoppers. In the earnings conference call, Spinner said that the company reached $250 million in cross-selling revenue with its largest 100 customers this year. As one example, he noted: "Earlier this year, we added top 1,500 to 3,500 top-selling natural and organic SKUs into our conventional distribution centers to help customers expand their offerings with on-trend products."

What this quarter says about UNFI's future

As a key supplier to major grocery chains, UNFI has endured a trial by fire this year -- but that did have the beneficial effect of accelerating its efforts to streamline operations and reach profitability. The consumer staples stalwart is now operating at a positive net margin; the fourth-quarter earnings release advised investors to expect between $154 million and $183 million in net income in fiscal 2021. The company expects to generate this bottom line via revenue of $27 billion to $27.8 billion, which would equate to growth of 3.3% at the midpoint.

The positive earnings this quarter, combined with solid projections for the next 12 months and its lighter debt load, indicate that the company has fully emerged from the precarious condition in which it began 2020. Thus, shareholders can expect that the extreme volatility which has characterized UNFI stock over the last eight quarters will begin to subside -- its appreciation since March provides a firm bit of evidence in this regard.