If you're planning for retirement, you may have heard of the 4% rule. The rule says you can safely withdraw 4% of a retirement portfolio's balance in the first year of retirement, then adjust the withdrawal for inflation every year after that. The model assumes a steady 50/50 split between stocks and Treasury bonds. Following the 4% rule should mean you'd never fully deplete your portfolio over a 30-year retirement period.

But 2020 might've changed all that. Someone retiring today might not be able to expect the same level of returns that the markets provided for the past 150 years. Here's why. 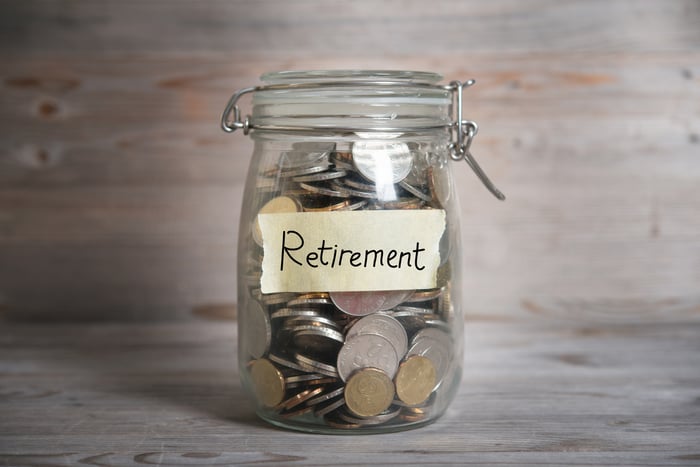 With the economy in distress in March, the Federal Reserve dropped the target Fed funds rate by one percentage point to between 0% and 0.25%. It previously did the same thing during the 2008 financial crisis, and it kept the rate near 0% through 2015. The difference this time is Treasury bill yields were already near their record lows before the Fed's actions.

Investors and lenders base the price of bonds and debt on treasury bill yields, which are seen as risk-free since they're backed by the U.S. government. As a result, interest rates and bond yields have dropped across the board because of the Fed's decision in March. And there are no plans to raise the rate any time soon.

Most of bonds' forward returns are based on their current yield. Bonds will appreciate in value, but only when prevailing interest rates decline. Since there's practically no more room for rates to decline -- the Fed wants to avoid negative interest rates -- there are very little returns left in bonds at today's prices. As a result, retirees shouldn't expect the bond portion of their portfolio to contribute much to overall returns.

The stock market crashed in March, but it's come roaring back. Investors have been piling into stocks, with the major indexes fully recovering to their February highs in just a few months. Meanwhile, the underlying businesses for most stocks aren't any better off than they were before the pandemic hit. In fact, most of them have worse outlooks. 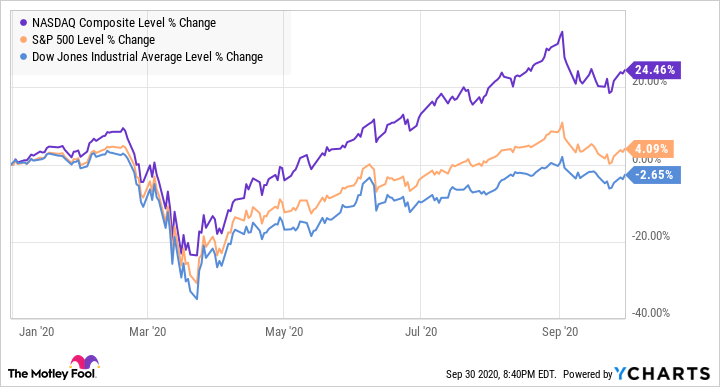 So why are stocks trading back near their highs? One explanation is investors are willing to accept lower returns from stocks, because they can't get the same returns they were used to in other markets, like the bond market.

Save a few months in 2018, the only other times stock prices were this high relative to their earnings were during the dot-com bubble and in the couple of months leading up to the 1929 crash. That's not to say another stock market crash is coming, but investors shouldn't expect stock prices to keep climbing at their current rate without significant improvements in earnings for the underlying businesses.

Investors should be planning for lower expected returns from both stocks and bonds than their historical averages for the foreseeable future. As a result, withdrawing 4% of your portfolio at today's value and maintaining that withdrawal amount for 30 years probably has a higher risk of ruin than ever before.

The simplest thing retirees can do is to lower their withdrawal rate.

That may mean living on less in the early years of retirement, saving more each year, or working longer and maintaining your current spending and savings habits. Or perhaps you can find a new source of income in retirement to supplement your investment portfolio.

Keeping an eye on market conditions and maintaining reasonable expectations is the best thing you can do as you plan for retirement. For some, it's better to err on the side of caution and leave a lot of money to charity and inheritance if things go better than expected. For others, it's worth taking the risk of having to go back to work or otherwise supplement a retirement portfolio to live the life they want today.