McDonald's (NYSE:MCD) received a light-hearted "endorsement" from President Donald Trump yesterday when he retweeted a tweet about a supposed link between a chemical found in french fries and hair-loss prevention. "No wonder I didn't lose my hair!" he added to his post on Twitter.

Trump is riffing off both his own enjoyment of quick-service restaurant food and an earlier tweet from Ari Fleischer, one-time press secretary for former President George W. Bush. Fleischer, who is bald, retweeted an ABC 7 Eyewitness News headline, "Study reveals chemical in McDonald's fries may be cure for baldness," adding, "It doesn't work." 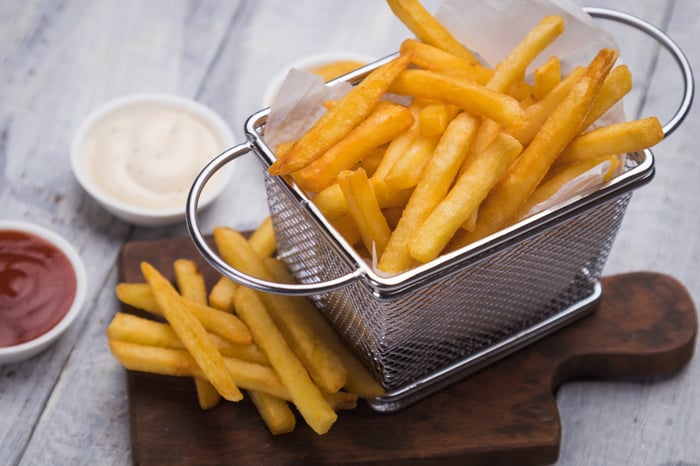 According to Fox News, the original study by Japanese scientists did not claim that eating McDonald's french fries prevented hair loss. Rather, it revealed findings suggesting oxygen-permeable Dimethylpolysiloxane, a chemical found in McDonald's fry oil as well as shampoo and lubricant, might potentially help prepare hair follicle germs for transplantation.

While the president's tweet about french fries is clearly tongue-in-cheek, and a well-known axiom proclaims correlation is not causation, McDonald's shares climbed somewhat this morning following yesterday's Oval Office comment.