It's not the first time Opdivo and Yervoy have gotten the nod to treat a form of cancer.

Bristol Myers Squibb (BMY 1.58%) capped the week with a new approval from the Food and Drug Administration (FDA). On Friday, the regulator gave the green light for two of the pharmaceutical giant's drugs, Opdivo and Yervoy, to be used in combination to treat a form of mesothelioma. This is a form of cancer that affects the mesothelium, the thin layer of tissue covering many of the body's internal organs.

Specifically, Opdivo and Yervoy can be used in the first-line treatments of adult patients with malignant pleural mesothelioma (MPM) -- a disease of the mesothelium lining the lungs -- that cannot be removed surgically. It can result from the absorption of asbestos fibers, and according to the FDA roughly 20,000 people in the U.S. are diagnosed with it annually. 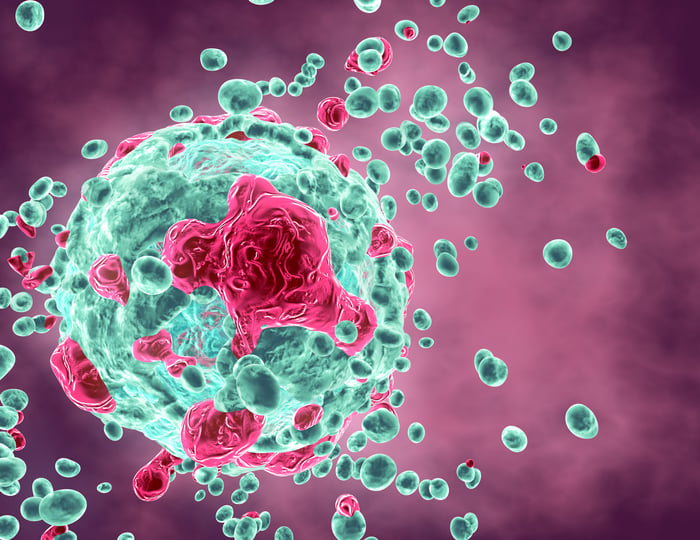 Both Opdivo and Yervoy have previously been approved by the FDA as monotherapies to treat different types of cancer. In combination, they are approved for use to combat previously untreated kidney cancer.

This marks the second approval of a combination therapy for MPM; in 2004 it gave the nod to a pair of other oncological drugs, pemetrexed and cisplatin.

The FDA quoted its director of the Office of Oncologic Diseases Richard Pazdur as saying that "now patients... have an important, additional treatment option after more than a decade with only one FDA-approved drug regime."

In a press release on Friday, the company quoted its head of oncology development Sabine Maier, who said that it "remain[s] committed to continued research in melanoma, both to further understand the potential benefit of Yervoy in combination with Opdivo to treat high-risk melanoma patients in the earlier stages of disease, as well as to study additional novel combinations in various settings."