Shares of DexCom (NASDAQ:DXCM) were slipping 6.3% lower as of 11:29 a.m. EDT on Friday. The decline came after Wells Fargo analyst Larry Biegelsen downgraded the stock to underweight from equal weight and cut his price target to $350 from $420.

Analysts routinely downgrade stocks. Sometimes they're right, and sometimes they're wrong. The main thing for investors to understand is why an analyst formed a more negative opinion. 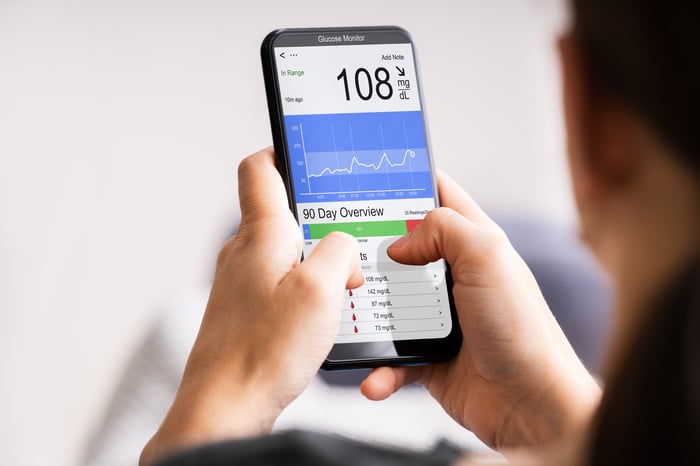 In this case, Biegelsen is concerned about increased competition for DexCom's G6 continuous glucose monitoring (CGM) system. Abbott Labs (NYSE:ABT) recently won approval of its Freestyle Libre 3 CGM in Europe. Abbott's device is priced at less than half that of DexCom's G6. Biegelsen views this as problematic for DexCom since Libre 3 closes much of the functionality gap with the G6 system.

The Wells Fargo analyst's reasoning makes sense. However, the CGM market is growing so rapidly that DexCom should continue to enjoy momentum for the G6 system. More importantly, the company has its own new CGM product -- G7 -- on the way.

It remains to be seen how much of an impact Abbott's Libre 3 will make on DexCom's G6 sales. The big question for investors is how long it will be before DexCom launches its G7 system. CEO Kevin Sayer stated in the company's Q2 conference call that there won't be a limited launch of the new product this year as some expected. The COVID-19 pandemic has pushed back DexCom's timelines for the G7. The healthcare stock could remain volatile until more clarity about the G7 launch timing is available.