Value investing is a tried-and-true strategy, but investors who employ it need to be on the lookout for value traps -- deeply troubled companies that trade at rock-bottom valuations and have little chance of turning their businesses around. Buying stocks at low price-to-earnings (P/E) ratios isn't always a smart idea without further analysis. A stock's P/E ratio could keep shrinking, day by day, until they go out of business, become delisted, or file for bankruptcy.

There is a greater margin of safety found in taking the opposite approach: buying stocks that appear expensive but are, in fact, bargains when measured against their future potential. This way, investors can be assured that the companies they own are actually growing their revenue or earnings, instead of generating cash yet struggling to stay afloat. Today, let us look at three such stocks that fit this criterion and why they can make investors wealthy. 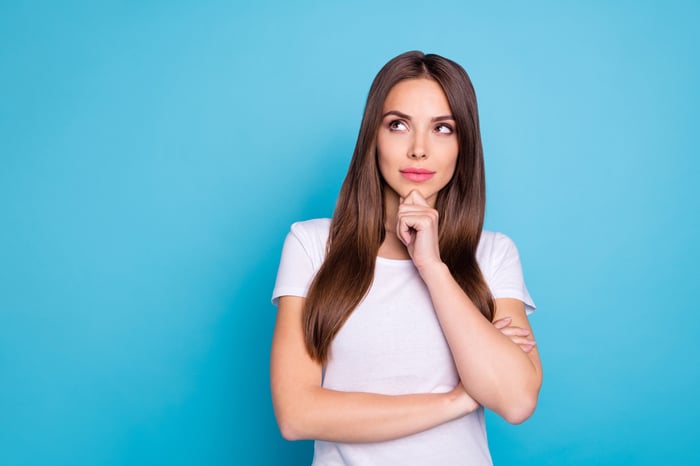 Stitch Fix (NASDAQ:SFIX) is a data-driven clothing company that takes digital inventory of customers' style of dress and ships matching outfits (consisting of in-house and third-party brands) right to their doorsteps. The company's team consists of 145 data scientists and more than 4,700 stylists. In its 2020 fiscal year, its client count increased to 3.5 million, compared to 3.2 million last year and 2.2 million in 2017.

During the past 12 months, Stitch Fix grew its revenue by 11% year over year to $1.7 billion. The company is slightly profitable from a free cash flow (FCF) perspective. It may be hard to believe that its market cap is only $2.7 billion, giving it a 1.6 price-to-sales valuation.

It isn't easy to find any tech stock trading for less than 5 times sales nowadays. What's more, Stitch Fix has no debt and $382 million worth of cash and investments on its balance sheet, giving it an enterprise value (EV) of $2.3 billion, for a valuation of just 1.4 times EV-to-sales.

If investors are looking for a value stock with a track record for growth, Stitch Fix would be a great choice. Since March, Stitch Fix stock is up over 86%.

For years, GameStop (NYSE:GME) developed a bad reputation in the investment world for stubbornly holding on to its brick-and-mortar retail model, as a vast majority of the video games the company sells are now directly available online. The company is making strides, however; in the second quarter of 2020, its global e-commerce sales increased 800% year over year.

Although GameStop's revenue in the quarter fell 26.7% year-over-year to $942 million, its e-commerce segment has grown to account for one-fifth of its sales. The most significant improvement, however, is its return to profit. During the first half of the year, GameStop generated $126 million in FCF. Given that the company's market cap is only $653 million, the stock is trading for as little as 2.3 times earnings going forward.

If that doesn't seem dirt cheap already, remember Stitch Fix as an example of the importance of using EV. Right now, GameStop has about $735 million in cash and investments compared with $472 million in debt. Combined with its market cap, this gives the company an EV of $390 million and an EV-to-FCF multiple of 1.5! The company's stock is one of the year's top performers, with shares up 65% since January.

Healthcare conglomerate Bayer's (OTC:BAYR.Y) fortunes took quite a downturn after it acquired Monsanto, a major producer of agrochemicals and GMO seeds, in 2016. As a result of the purchase, Bayer inherited numerous lawsuits alleging that Monsanto's Roundup weed killer causes non-Hodgkin's lymphoma after prolonged exposures. One such landmark case awarded a plaintiff (Dewayne Johnson) over $20.5 million in damages.

Right now, there is evidence on both sides regarding whether Roundup causes cancer. However, if every single case used Dewayne Johnson v. Monsanto as its basis for awarding damages, then Bayer could be facing more than $2.56 trillion in potential liabilities.

However, Bayer isn't going to let that happen. As of September, the company has settled 47,000 out of 125,000 lawsuits as part of its plan to pay a total of just $11 billion to plaintiffs who claim Roundup causes cancer.

That should finally put the company's primary investment risk at bay. The company expects it will generate up to 43 billion euros in revenue for the year and 6.60 euros in earnings per share. Each European share of Bayer is worth four shares of its American Depository Receipt (ADR).

Right now, Bayer's market cap stands at $61.7 billion, giving it valuations of 1.3 times price-to-sales and 15 times price-to-earnings. Those are arguably the cheapest ratios in the entire pharmaceutical sector.

The company also has an ambitious plan to expand its revenue. By 2030, Bayer expects to increase access to its sustainability development programs in the areas of healthcare and agriculture to encompass 300 million people in third-world countries, up from 120 million in 2019. That's not all; the company also has nine drugs under development in late-stage clinical testing.

As icing on the cake, Bayer also has an annual dividend yield of 5%. In the past six months, the company's stock is up 10%, not accounting for the dividend return.