For some people, investing right now could do more harm than good.

Investing in the stock market can be daunting for even the most experienced investors, especially when we're in the middle of a particularly volatile year.

While in many cases it's best to simply ride out the storm and continue investing through the ups and downs, in some situations, you're better off avoiding the stock market altogether. Here are three of them. 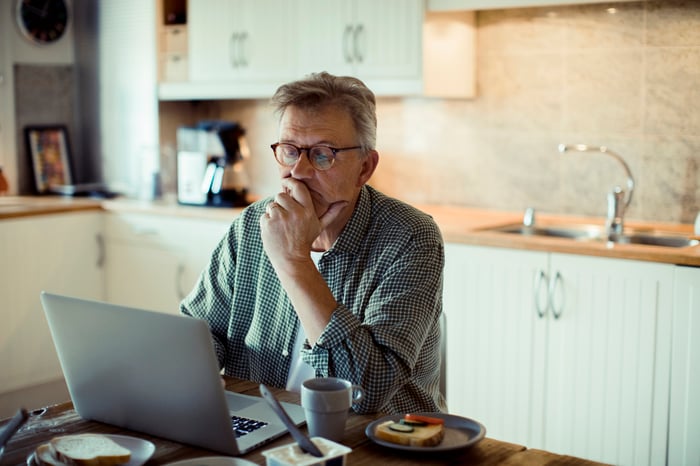 1. You don't have an emergency fund

An emergency fund is critical right now, especially with millions of Americans still unemployed due to the COVID-19 pandemic. But having an emergency stash of savings could also protect your investments by helping you avoid pulling your money out of the stock market.

Unexpected expenses will inevitably pop up, and if you don't have an emergency fund, you may be forced to tap your investments. However, that can be expensive, particularly if you're withdrawing from a 401(k) or traditional IRA, because you'll generally owe income taxes and a 10% penalty on the amount you take out of your account.

If you don't have at least three to six months' worth of savings stashed in an emergency fund, it's a good idea to focus on that goal before investing in the stock market.

2. You have a lot of high-interest debt

Debt itself isn't necessarily a bad thing, particularly lower-interest debt such as a mortgage. But if you're saddled with loads of high-interest debt -- like credit card debt -- you may be doing more harm than good if you're investing rather than paying that down.

You don't need to be completely debt-free before you invest, but if you're drowning in expensive debt, it may be wise to tackle that first.

The stock market has been experiencing another slump over the last several weeks, and nobody knows for sure whether another crash is looming on the horizon. If you're worried you may panic and sell all your investments at the first sign of trouble, you may want to hold off on investing for right now.

Panic-selling can be detrimental to your investments, because you could end up selling at the worst possible moment. Market downturns are among the worst times to sell because stock prices are at their lowest, so if you panic-sell when the market hits rock bottom, you could lose a substantial amount of money.

While the best course of action may be to simply invest now and then hold onto your investments until the market recovers, if you know it's going to be challenging to avoid panicking when the market takes a turn for the worse, right now may not be the best time to invest.

The stock market has always faced its fair share of ups and downs, but this year has been one of the rockiest on record. While investing right now might be a good idea for some people, it's not the best move for everyone. In some cases, you're better off focusing on other financial priorities and steering clear of the stock market.