Green Thumb, Aphria, and Canopy Growth are here to restore your faith in the marijuana sector.

The COVID-19 pandemic may have put several industries at a standstill, but cannabis is still going strong. While the healthcare sector is working to end the coronavirus, cannabis provides relief to those dealing with the crisis. The recent surge in marijuana sales has helped cannabis companies' revenues to skyrocket, even in these unprecedented times.

While some marijuana companies have struggled during the shutdown and recovery, others -- including one American company, Green Thumb Industries (GTBIF 11.69%), and two Canadian businesses, Aphria (APHA), and Canopy Growth (CGC 8.56%) -- have not only survived the crisis but also shown their likelihood to survive and thrive once everything gets back to normal. 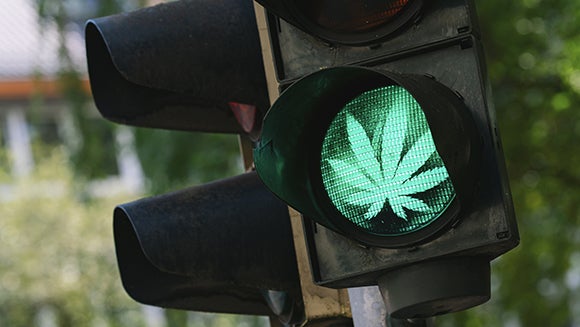 Despite the ongoing crisis, Green Thumb Industries has been consistent in expanding its revenues and achieving a positive EBITDA (earnings before interest, taxes, depreciation, and amortization) for the past two quarters. Green Thumb reported a whopping 167.5% revenue growth year over year, to $119.6 million, and adjusted EBITDA of 38.6% in its second quarter of 2020. The surge in revenue was driven by growth in cannabis consumer packaged goods, which are distributed and sold across different retail locations.

As of June 30, Green Thumb had $83 million in cash and cash equivalents, reflecting an increase from $71.5 million in the prior quarter. The company has two healthy revenue streams: Consumer packaged goods, which deals with the production and distribution of branded cannabis products, and retail business development, which actually sells the branded cannabis products. Both are important for helping it grow and adapt during uncertain times.

The company's presence across 12 U.S. states makes this stock an interesting choice. At the end of June, Green Thumb Industries opened its 48th store in the U.S., this one in Las Vegas, and more are coming nationwide.

Based in Chicago, Green Thumb makes its money by manufacturing and distributing branded cannabis products across a total of 96 retail locations, including its own. For a company that's growing its revenue by more than 100% year over year and rapidly expanding across the U.S., Green Thumb Industries is very green and is definitely a buy.

Aphria is one of the largest cannabis companies in Canada, and it too has shown consistency, reporting a positive EBITDA for the past five consecutive quarters. Aphria saw a 5% quarterly net revenue increase and adjusted EBITDA of $9.3 million Canadian dollars for the fourth quarter of fiscal 2020, which ended May 31.

The net revenue increase resulted from the distribution of cannabis, particularly dried cannabis flowers, with 10,831 kg sold for the adult-use market and 453 kg sold wholesale. The medical cannabis segment also contributed to Aphria's revenue growth with 1,273 kg sold. The Ontario-based pot grower has recorded decent financial results of late, with CA$497.2 million in cash and cash equivalents on the books.

During Aphria's fourth-quarter earnings conference call, CEO Irwin Simon said: "We're setting ourselves apart from the rest of the cannabis industry, generating some of the strongest sales growth, maintaining one of the strongest balance sheets and cash positions, compelling consumer brands, and a well-diversified global business." Thanks to his company's strong financial position, healthy balance sheet, and continued growth, Simon looks to be right.

Among the leading cannabis companies in the world by market cap, Canopy Growth -- valued at $5.3 billion -- has become the largest pot producer in Canada. Canopy's fourth-quarter fiscal 2020 results shocked investors when they were released on March 31, with the company reporting net revenue of CA$107.9 million, reflecting a 13% sequential loss. The decrease was primarily due to lower sales volume in Canada's recreational market. Canopy also reported an adjusted EBITDA loss of CA$102 million, driven by lower sales and high operational expenses.

CEO David Klein -- who joined the company from investor Constellation Brands in December 2019 -- has said he is "excited to implement [his team's] strategy reset and organization redesign over the course of fiscal 2021, [with] a renewed strategic focus and a clear change agenda that is already under way." The reset and redesign can be seen by the 50% decline in cash burn from the prior-year period that management cited in the first quarter. Canopy finished the full year with 76% year-over-year growth.

Despite the recent revenue declines, Canopy Growth remains one of the best cannabis stocks out there, especially compared with its struggling peers in the Canadian market. Canopy reported a net revenue increase of 22% year over year in Q1 results for fiscal 2021, showing it's got plenty of momentum to survive the economic downturn.

Progress is being made

As marijuana legalization progresses in the U.S. (there are five states voting on legalization this November) and across the globe, the cannabis industry is expected to grow exponentially. As an investor, putting your money in stocks with strong financial positions that can navigate tough times is crucial. Green Thumb Industries, Aphria, and Canopy Growth are great stocks on which to place your bets.

Lydia Kibet has no position in any of the stocks mentioned. The Motley Fool owns shares of and recommends Constellation Brands and Green Thumb Industries. The Motley Fool has a disclosure policy.