Vertex Pharmaceuticals (NASDAQ:VRTX) is the blueprint for a growing pharmaceutical stock. Since it went public in 1991, the company has consistently increased revenue, recording annual revenue gains the past six consecutive years.

The stock's share is up more than 23% year to date thanks to its profitable stable of cystic fibrosis drugs, led by blockbuster Trikafta.

Cystic fibrosis (CF) is a progressive genetic disorder that causes lung infections, limits patients' ability to breathe, and can affect other organs. According to the Cystic Fibrosis Foundation Patient Registry, there are roughly 35,000 people in the United States and 70,000 people worldwide with CF. The average person with the disease only lives 47 years, according to the foundation's 2018 patient registry annual report. 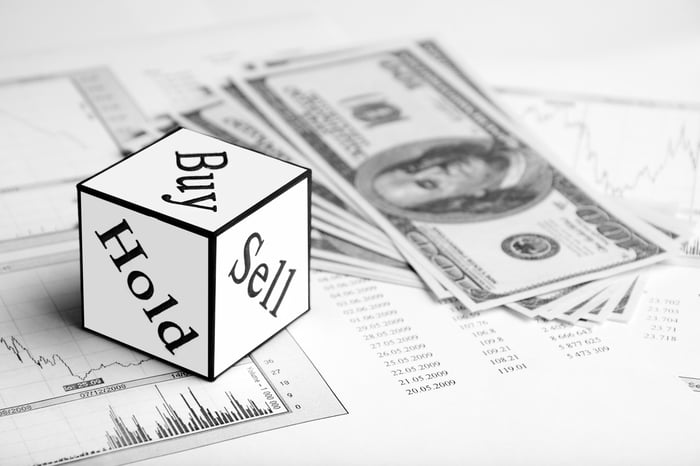 Cystic fibrosis is caused by a mutant cystic fibrosis transmembrane conductance regulator (CFTR) gene. When the CFTR channel is functioning properly, it controls the cells that produce mucus, sweat, saliva, tears, and digestive enzymes. CF is inherited when both parents pass on a defective CFTR gene, and there are at least 1,700 known CF gene mutations.

Vertex has found a niche that sells

Trikafta was introduced last October and is already the company's biggest seller, with a reported $918 million in revenue in the second quarter. However, it's only one of four CF drugs the company is marketing that work by modulating the CFTR channel, and they are the only such therapies currently on the market that do so. The company said it expects nearly $6 billion in revenue this year, led by these four drugs.

Each works by targeting genetic mutations, the most frequent of which is the F508del mutation. Orkambi reportedly pulled in $232 million in revenue in the second quarter. Kalydeco, which primarily treats the G551D mutation, was the next biggest seller at $203 million in revenue, according to Vertex, and the drug recently got approval from the FDA to treat infants as young as four months old. The last CF drug in the stable is Symdeko, which brought in a reported $172 million in the quarter; like Orkambi and Trikafta, it treats the F508del mutation. 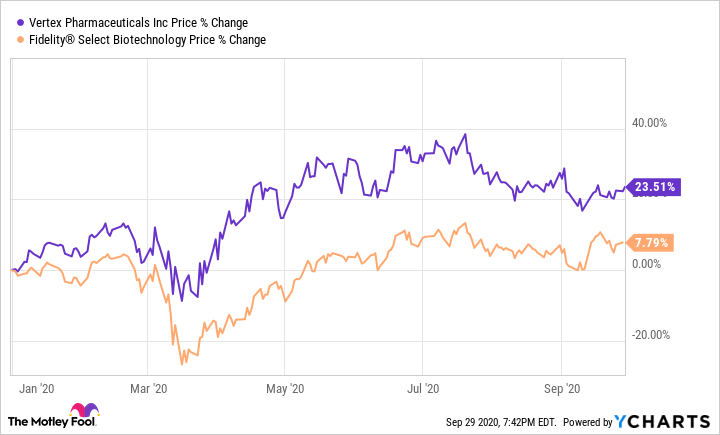 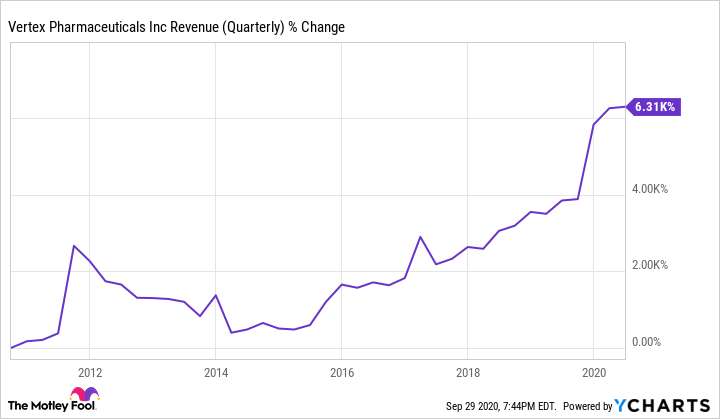 The company is also looking at CF from another direction, announcing a three-year collaboration with Moderna (NASDAQ:MRNA) early in September on a potential gene-editing therapy to fight cystic fibrosis.

Other promising drugs in the pipeline

Vertex has several other drugs in early trials. VX-150 is described as a non-opioid pain medication that targets chronic neuropathic and musculoskeletal pain by regulating the body's voltage-gated sodium channels.

The company is using the small molecule methods it found useful in CF therapies on other genetic diseases, including some severe kidney diseases linked to the APOL1 gene variant as well as alpha-1 antitrypsin deficiency (A1AD), which is caused by a genetic protein mutation that can damage the lungs and liver.

Looking five years down the road

Given Vertex's preeminent position among CF therapies, the biotech company is well-placed to benefit from an expected compound annual growth rate (CAGR) of 24.4% in the cystic fibrosis market through 2027, according to a report.

When you factor in that model with Vertex's own revenue CAGR of 32% the past five years, it's easy to see the company maintaining that growth rate and bringing in revenue of nearly $17 billion five years from now.

Five years ago, Vertex's stock was worth less than half of what it is now. It's not that big a stretch to think the stock's price might double again in value within five years, though the stock will likely split before it does that.

Vertex is definitely the type of stock you buy and hold.

Where Will Vertex Pharmaceuticals Be in 5 Years? @themotleyfool #stocks $VRTX $CRSP $MRNA Next Article
Current