The secondhand retailer joined forces with a fashion giant and investors seemed to think it was a good idea.

Shares of online consignment retailer The RealReal (REAL -4.09%) jumped sharply at the open on Oct. 5, rising as much as 12% at the start of the trading day. By 11:30 a.m. EDT the shares were still up by about 9%, holding onto much of the big gain. An interesting bit of company news was the key story.

The RealReal announced today that it is partnering with fashion retailer Gucci. There are three pieces to the partnership. First, the pair has created a dedicated page on The RealReal's site for Gucci products. Second, while most of the products sold will be consignment offerings, Gucci will push some of its wares through the site as well, according to Vogue. This is an interesting partnership being that used luxury goods basically compete directly with new luxury goods. However, it allows Gucci to boast that it supports the reuse of its products so they don't end up being discarded. 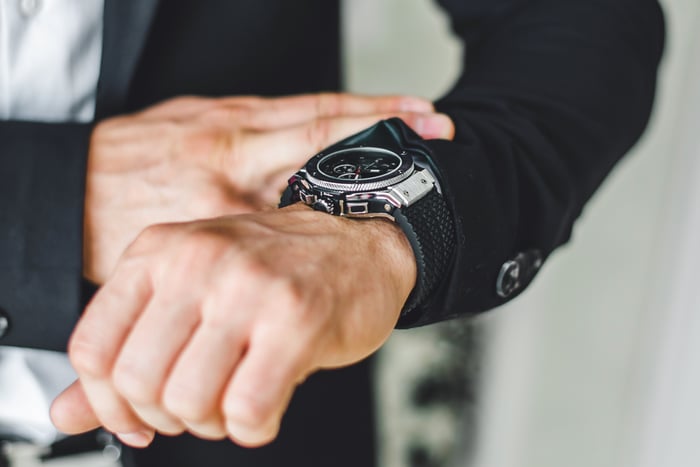 That brings up the third piece of this interesting deal. Gucci will plant a tree for each item sold through its partnership with The RealReal. For Gucci, this agreement appears to be strongly driven by environmental issues. For The RealReal, meanwhile, partnering with Gucci lends credibility to its secondhand goods business model. Whether or not it really moves the financial needle, however, remains to be seen.

On the one hand, The RealReal teaming up with Gucci is little more than a marketing initiative. In fact, the agreement only lasts through the end of the year. So it seems very much like Gucci is testing the waters here and not making a major strategic shift. That said, it is notable that such a prominent fashion house is taking the consignment business, and The RealReal, seriously enough to make such an effort. That said, The RealReal, unlike many online-only retailers, has been struggling through the pandemic, as high-end fashion doesn't appear to be top of mind while people are focusing on social distancing. The Gucci deal is interesting, but long-term investors shouldn't get too excited -- it's probably not going to change the bigger picture.

Why the Clothing Resale Industry Is at a Tipping Point
376%