Shares of Aurora Cannabis (ACB -2.88%), a top Canadian marijuana company, lost a jaw-dropping 50% of their value during the month of September, according to data provided by S&P Global Market Intelligence. The pot titan's market cap tanked for four interrelated reasons: 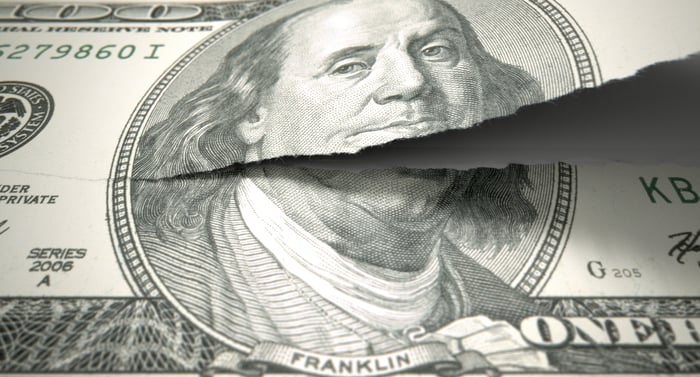 Aurora's growth story has come apart at the seams over the past two years. Its original business plan to become a one-stop-shop for all-things cannabis has simply failed to create the cost-saving synergies -- or the key competitive advantages -- touted by the former management team. The recently revealed poor financial results and loss of two key partnerships in a single month underscore this point. Aurora, in short, is clearly headed in the wrong direction.

Is Aurora's stock too cheap to pass up? The company is in the midst of a fundamental rethink right now. Newly minted CEO Miguel Martin may be able to turn things around, but there are more questions than answers at this critical point in the company's life cycle. Put simply, investors may want to watch this risky pot stock from the safety of the sidelines for the time being.