NRG Energy's past continues to create an overhang on its present growth moves.

Shares of utility NRG Energy (NRG 1.29%) slipped 10.7% in September, according to data provided by S&P Global Market Intelligence. In contrast, the Vanguard Utilities Index Fund ETF, which owns NRG Energy stock in its portfolio and can be considered a proxy for utility stocks, finished just one notch in the red last month. September was, in fact, NRG's weakest month since the stock market's March crash.

The biggest recent development is NRG's impending acquisition of Direct Energy, a North American subsidiary of Centrica PLC. NRG announced the acquisition in July, and although it expects the deal to close by the end of this year, there has been no update since, especially on the regulatory front. 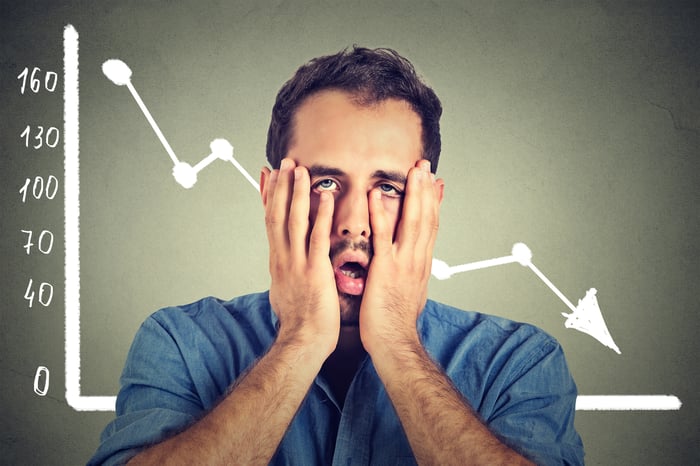 There are now concerns that the proposed acquisition may run into regulatory hurdles given the potential consolidation in the Texas utility market and ensuing tariff increases that could hurt consumers' bargaining power. Both companies have significant operations in Texas, with Direct Energy dominating nearly 10% market share. It's worth noting that NRG has agreed to pay Centrica $180 million in termination fees if the acquisition falls through.

NRG intends to acquire Direct Energy for $3.63 billion in cash. Given the company's relatively small balance sheet -- NRG had only about $418 million in cash and cash equivalents as of June 30, 2020 -- it'll clearly take debt to finance the deal. So while acquiring Direct Energy might nearly double NRG's retail customer base, strengthen its foothold in Texas, and expand its reach into new markets in the east, it could also add significant debt to the company's books -- something investors need to keep an eye on. Meanwhile, NRG recently reported a 9% year-over-year drop in second-quarter revenue in August, which also tempered investor sentiment.

If there are concerns about the impending acquisition, it doesn't help that NRG's history isn't pristine either, with the utility surviving a bankruptcy in 2003 and struggling until as late as 2018 with failed units. The overhang makes it harder for investors to have conviction in NRG's growth prospects just yet, which might explain why the stock has lagged the broader utility sector not just in September, but through the year.