Shares of top oil and gas companies Parsley Energy (PE), Kinder Morgan (KMI -0.81%), and Phillips 66 (PSX -1.24%) tumbled more than 10% in September, according to data provided by S&P Global Market Intelligence. That was much worse than the S&P 500, which only slipped 3.9% during the month.

Reflecting broad underperformance across the industry, shares of Permian Basin driller Parsley Energy plunged 12.9% during the month, while big natural gas pipeline operator Kinder Morgan's shares fell 10.8%, and refiner and gas station operator Phillips 66 saw its shares drop 11.3%. For the year, shares of all three companies are down between 40.5% (Kinder Morgan) and 53.4% (Phillips 66). 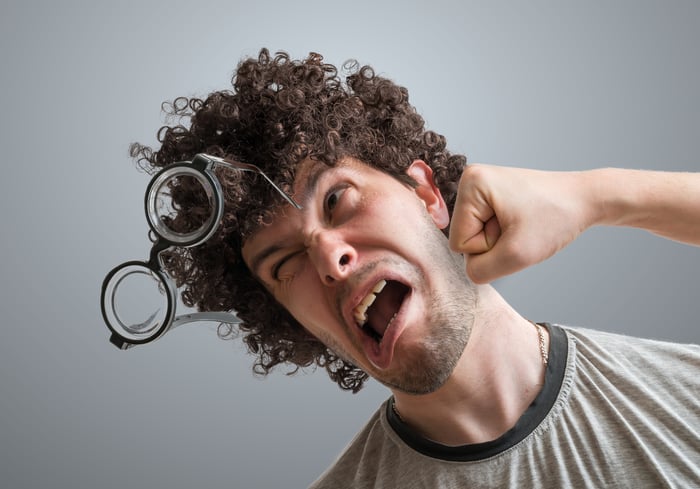 The oil industry has had a lot to contend with in 2020. While September didn't see the massive swings in oil and gas prices that rocked the sector earlier in the year, it was still a pretty eventful month for global oil news, good and bad. The problem was that the bad news kept canceling out the good news.

Global benchmark Brent Crude entered the month priced at more than $44 per barrel, while U.S. benchmark WTI Crude -- usually a bit less expensive than its counterpart -- started September at about $42 per barrel. Obviously, the higher oil prices are, the better for oil producers like Parsley Energy. When prices are high enough, producers start pumping more oil and gas, which is good for pipeline companies like Kinder Morgan and refiners like Phillips 66.

Crude oil prices of $40/barrel are low by historical standards, and they dropped below that threshold on Sept. 7, on the announcement by Saudi Arabia that it would cut the price it was charging some of its Asian customers for crude oil in October. Asia is Saudi Arabia's largest export market, so the news sent global prices downward... along with all three companies' stock prices.

A week later, news that Hurricane Sally seemed likely to make landfall on the Gulf Coast, the hub of the U.S. oil and gas industry, caused oil prices -- and shares of U.S. oil and gas companies -- to rise, due to expectations that the storm would disrupt some U.S. supply. In fact, there was a  slight drawdown in U.S. crude oil and fuel inventories reported on Sept. 22, which may have been due in part to the storm.

However, that news was overshadowed by the announcement that Libya was planning to ramp up its crude oil production, and reports that China had doubled its diesel exports since July due to domestic oversupply. Those two moves threatened to worsen the global oversupply problem, even as a surge in COVID-19 cases in some countries raised concerns about demand. Predictably, oil stocks took a beating.

For all the market-moving news in September -- which ended just before President Donald Trump announced he had tested positive for COVID-19 -- the oil and gas industry ended the month largely unchanged, with the exception of lower share prices.