The action camera maker's aggressive bundling strategies are paying off.

That growth rate sounds impressive, but will it actually move the needle for GoPro's stock, which has tumbled more than 80% over the past five years?

How much revenue will 500,000-plus subscribers generate?

GoPro's paid subscription package includes unlimited cloud storage for a user's content, a live-streaming service, a "no questions asked" replacement plan for damaged cameras, and discounts on GoPro's products. The plan costs $4.99 per month or $49.99 per year. 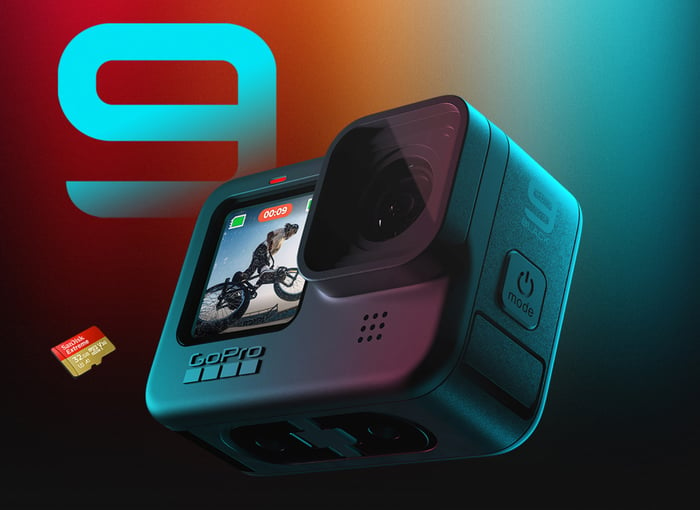 Based on those prices, GoPro could generate $25 million to $30 million per year in subscription revenue from half a million members. That's roughly 3% of GoPro's estimated revenue this year.

However, GoPro claims the "vast majority" of consumers buying the HERO9 Black through GoPro.com are buying the new $350 bundle which includes an annual subscription. The standalone version, which lacks the attached subscription, costs $450.

In other words, GoPro is marking down its cameras and offering a "free" annual subscription to boost its subscriber numbers. Most shoppers would likely buy the cheaper bundle, then consider canceling the subscription before it automatically renews. GoPro clearly hopes those perks are sticky enough to retain its new subscribers -- but those subscriptions probably won't generate any meaningful revenue over the next few quarters.

On the bright side, GoPro's full-year subscriber forecast suggests initial sales of the HERO9 Black are strong. But that also isn't surprising, since the HERO9 Black subscription bundle costs $50 less than the HERO8 Black, which initially launched at $400 last year.

GoPro went public in 2014 and ended its first year with a non-GAAP gross margin of 45.1%. But in subsequent years, its gross margins contracted as cheaper competitors entered the market, long upgrade cycles throttled its sales, and it struggled to sell its cameras to mainstream consumers. That ongoing decline continued over the past year as it struggled to grow its core business:

GoPro's revenue and margins declined sharply in the third quarter of 2019, due to the delayed launch of the HERO8 Black. Its growth improved in the fourth quarter as all those orders were shifted forward, but that momentum waned in the first half of 2020 as the pandemic took hold.

But looking ahead, GoPro expects its revenue to rise 68% to 91% year over year in the third quarter of 2020, and for its non-GAAP gross margin to expand to 34.5% to 35.5%, thanks to robust sales of the HERO9 Black and easy comparisons to the prior-year quarter.

That guidance indicates GoPro's business isn't headed off a cliff yet, but analysts still expect its revenue to decline 26% for the full year -- followed by a partial 19% rebound in fiscal 2021.

Prioritizing the expansion of its digital ecosystem

GoPro claims "high demand" for the HERO9 Black and its subscriptions boosted its sales on GoPro.com by 230% compared to the two-week post-launch period for the HERO8 Black last year.

GoPro expects sales from GoPro.com to account for the "majority" of its revenue in fiscal 2021, up from 40% to 45% in 2020 and just over 10% in 2019. The expansion of GoPro's digital channel will reduce its dependence on third-party retailers, potentially boost its gross margin, and support the expansion of its subscription-based services.

That's a clever strategy, but its subscription platform could also erode GoPro's margins with higher cloud hosting expenses, free camera replacements, steep discounts, and fulfillment expenses for online orders. GoPro's earnings forecast -- which calls for profitability in the second half of 2020, nearly breakeven profits for 2020, and higher earnings in 2021 -- doesn't seem to fully factor in those risks.

Should investors care about GoPro's subscriptions?

The expansion of GoPro's subscription platform is encouraging, but investors should realize the company is subsidizing its growth with steep discounts on its cameras and loss-leading perks.

Those efforts might generate long-term gains by locking more users into GoPro.com and its cloud-based services, but they won't significantly boost its sales and earnings. Instead, they could throttle its near-term margins and make it more difficult for GoPro to hit its optimistic earnings targets for 2021.