Heading into the third-quarter earnings season, investors in the manufacturing sector have cause for optimism. The economy looks set for a strong bounce in growth, and other leading indicators are suggesting there's potential upside for certain industries and companies in the U.S. manufacturing sector. That could be good news for Sherwin-Williams (NYSE:SHW), UPS (NYSE:UPS) and Stanley Black & Decker (NYSE:SWK). Let's take a closer look at why the backdrop looks good for these companies.

Comparing the previous recession to the current 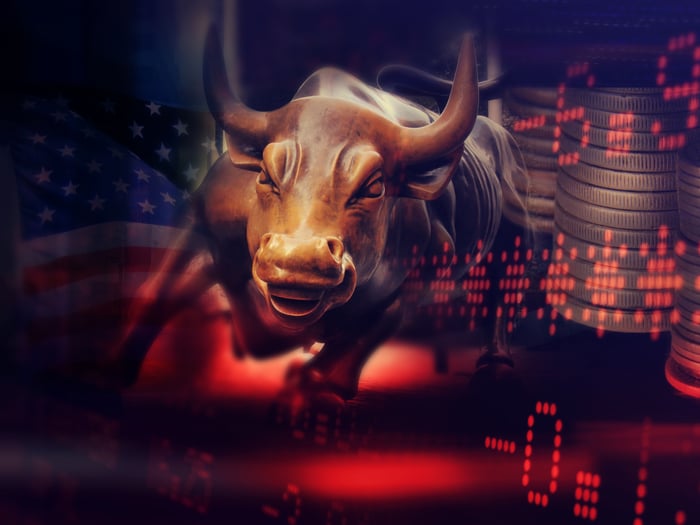 The bulls could be set to run with these three stocks in the third quarter. Image source: Getty Images.

The two key pieces of data you should focus on are the Institute for Supply Management (ISM) manufacturing new orders data (an index reading above 50 indicates growth) and the ISM customers' inventories data (a low reading indicates that customers will probably need to purchase inventory, so it's a sign of growth to come).

First, let's start with the 2007-2011 period. As you can see below, U.S. real GDP growth (a key measure of broad-based economic growth) starts to fall in 2008 alongside industrial production growth. At the same time, U.S. ISM customers' inventory starts rising, indicating that customers have too much inventory in relation to their sales. The recession deepens and new orders fall off a cliff.

Eventually, new orders start to bottom and then turn up with GDP and industrial production following in time. However, there's a lag because customers' inventory remains relatively high. It takes a while, but at the end of 2009 the stars are aligned and a magic combination of low customers' inventory and high new orders combine to get the industrial economy back into growth mode. 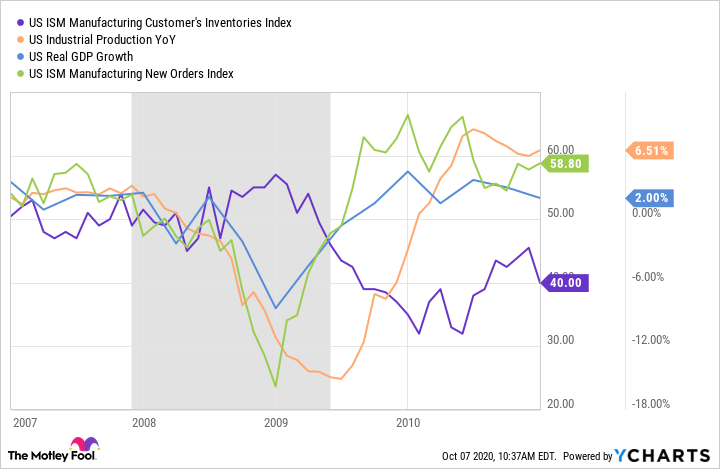 Here's a look at the situation now. Following the collapse in GDP growth caused by the lockdown measures, new orders have recovered strongly. Indeed, The Conference Board, a non-profit business organization, is forecasting nearly 32% GDP growth in the third quarter. Moreover, as the data clearly shows, customers' inventories are already at multi-year lows.

Therefore, a combination of strong new orders growth and low customers' inventory is an indication that the manufacturing sector could be set for a better-than-expected third quarter. 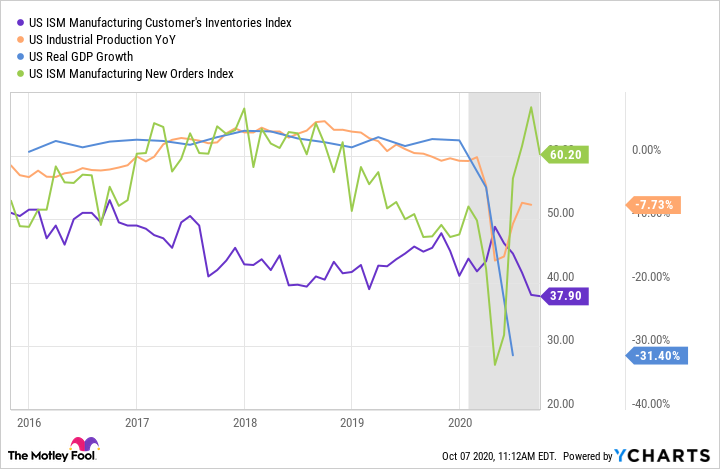 Three companies set to do well

That said, it's highly likely to be a mixed and uneven recovery. For example, companies with heavy exposure to sectors that benefited from the stay-at-home measures (such as home improvement, and e-commerce) are likely to do well, while those with exposure to industries that remain challenged (automotive, aerospace, and oil and gas) could continue to have issues.

Examples of the former include companies like paint and coatings specialist Sherwin-Williams DIY and professional tool maker Stanley Black & Decker, and package delivery giant UPS. Indeed, at the end of August Stanley upgraded its third-quarter planning assumptions to 7% to 10% organic growth, driven by high-teens organic growth in its tools and storage segment compared to a previous expectation of low to mid-single-digit growth in the segment. 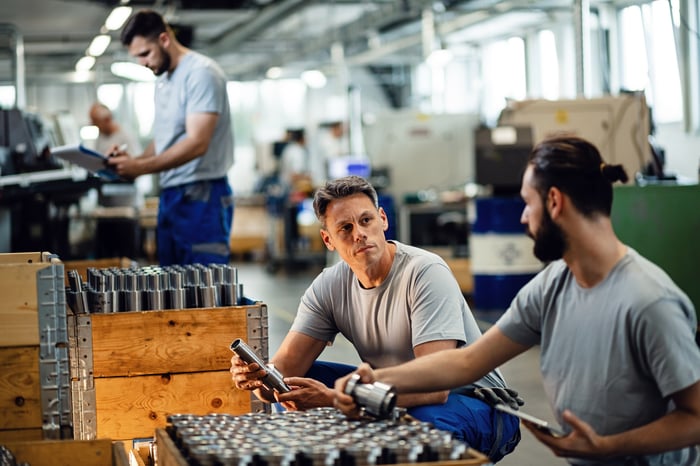 Similarly, Sherwin-Williams updated its third-quarter and full-year guidance at the end of September. Management now expects net sales to increase by 3% to 5% compared to previous guidance for growth or decline in the low single-digits. Again, it's a significant revision, and if the trend continues through the third quarter then more upgrades could be coming -- particularly if its industrial-related revenue picks up.

UPS had a very strong second quarter driven by strong growth in e-commerce business-to-consumer (B2C) volumes. That's expected to continue, but if the industrial economy improves in line with the analysis above, UPS could see some margin benefit given that business-to-business (B2B) deliveries tend to be higher-margin.

The omens look good for certain parts of the industrial economy. While companies like Sherwin-Williams, Stanley Black & Decker and UPS have already been reporting good underlying improvement, they could also receive a boost from a stronger-than-expected U.S. industrial economy in the third quarter and going into the fourth.

Fortunately, the new orders and customer's inventory data is suggesting that that's exactly what's going to happen. Keep a close eye on all three stocks.