Here's what you need to know about Logitech's audio speaker business. 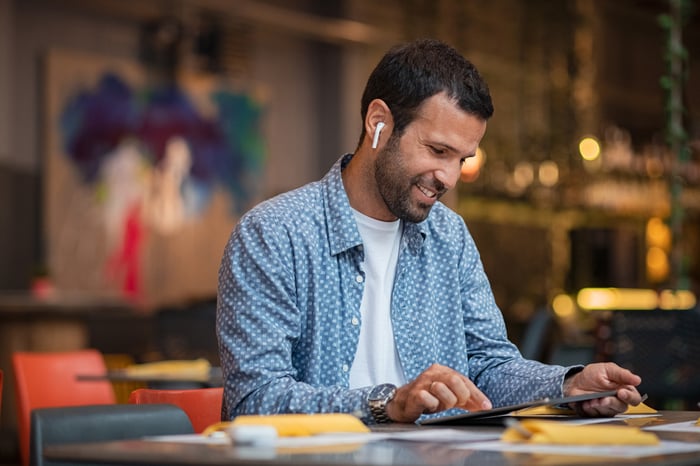 Audio is a small piece of a larger puzzle

Logitech should be concerned to a degree since Apple is not a newbie at audio. Delivering a quality listening experience is at the heart of Apple's device offerings, going back to when it introduced iTunes and the iPod in 2001. In 2014, Apple acquired the maker of Beats headphones for $3 billion. That was the precursor of the launch of one of Apple's most popular products, AirPods, in 2016, which preceded the introduction of the HomePod in 2017.

Apple has increasingly shown interest in audio in recent years, and it will be a formidable competitor, but Logitech is probably not too concerned for a few reasons:

As the numbers indicate, audio products are not Logitech's biggest growth driver. In its most recent quarter, Logitech reported a sales increase of 25% year over year, excluding currency changes, driven by acceleration in demand for work-from-home products, such as content creation, video products, and gaming.

Mobile speakers were Logitech's worst-performing category last quarter, with sales down 42% year over year excluding currency effects. Sales of mobile speakers have declined from 12% of total sales two years ago to 7% of the business in fiscal 2020. For the company's most recent quarter, CEO Bracken Darrell blamed retail store closures for the sales decline in mobile speakers.

The bright spot last quarter was sales of Jaybird Vista in-ear headphones, which increased at a double-digit rate. Logitech acquired Jaybird in 2016 for $50 million to penetrate the fast-growing wireless headphone market, but Jaybird Vista is a single product from Logitech's audio and wearables segment, a category that totaled just 9% of the business in fiscal 2020, slightly down from 10% in fiscal 2018.

During the fiscal first-quarter conference call, Darrell referenced near-term headwinds and challenges in the mobile speaker market. But most importantly, he said: "We continue to reallocate resources toward other initiatives."

The three top-performing categories for Logitech in the fiscal first quarter were PC webcams, video collaboration, and gaming. These are some of the areas where management is directing more investment, because these categories generate a higher gross margin than the company average.

Logitech's two best opportunities are in video and gaming, where each is benefiting from long-term tailwinds driving growth. Sales of video and gaming surged 81% and 38% on a constant-currency basis, respectively, helping Logitech deliver a stellar fiscal first quarter of growth. 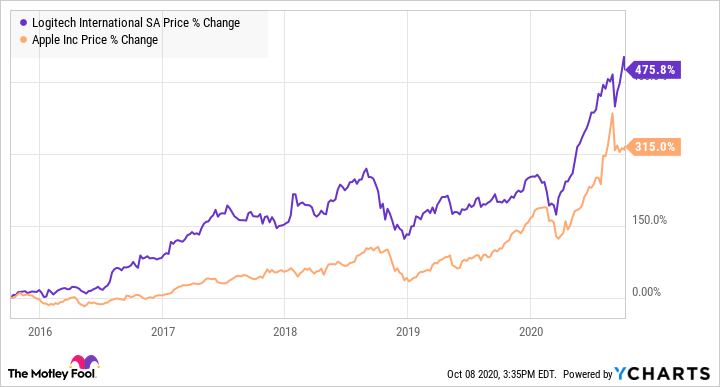 Logitech will outgrow the loss of Apple's business

The loss of Apple's retail channel may dent Logitech's audio and mobile speaker sales in the short term, although it's unclear what percentage of Logitech's sales is generated via Apple. Still, audio represents a diminishing part of Logitech's business, with the exception of Jaybirds and Blue Microphone, which have benefited from recent stay-at-home dynamics.

Outside of audio, Logitech has substantial growth opportunities across video, gaming, and software services with Streamlabs. As a result, Logitech remains a good growth stock to consider, and if anything, a pullback in the share price over the Apple news is a buying opportunity.