Investing for the long term is the only kind of investing that makes sense. By harnessing the power of compounding, your investments can grow by multiples of what you originally put in. That said, it's important to choose the right companies that can grow steadily over years, if not decades.

Businesses that have a strong, recognizable brand; a sturdy, competitive moat; and a good track record of growth qualify as the right companies to buy and hold. Not only do you enjoy capital gains as the share price rises in tandem with earnings, but you also benefit from ever-increasing dividends over the years as the company increases its payout along with its profits.

Here are three stocks with the above attributes that I'll be happy to buy and hold for decades. 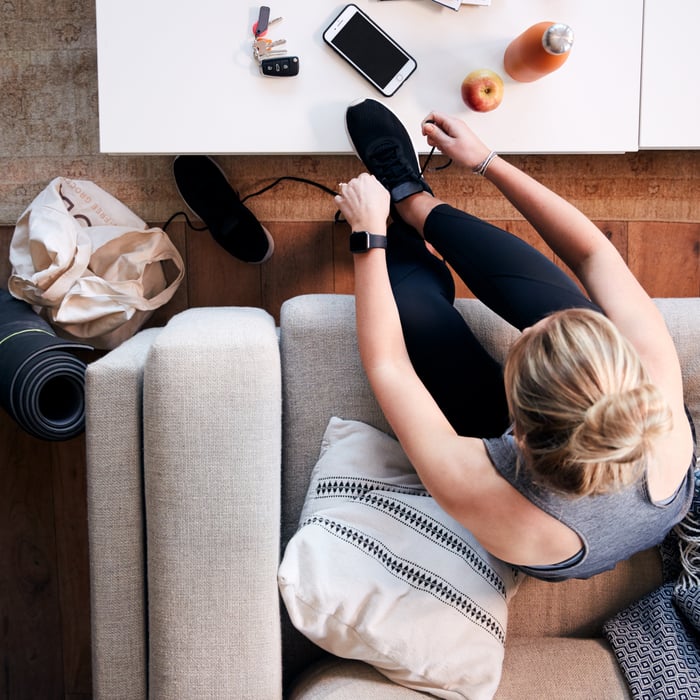 Lululemon Athletica (NASDAQ:LULU) is an athletic apparel company that is latching on to the new "athleisure" trend. Founded in 1989, it sells a wide range of merchandise for yoga, running, and other sports. The pandemic had forced Lululemon to temporarily close its retail locations around the world in February and March, thus affecting its results for the half-year. As of Aug. 2, though, around 97% of company-operated stores had reopened.

The company has an outstanding track record of growth over the last five years, with revenue rising steadily from $2.1 billion in the fiscal year 2016 to $4 billion in the latest 2020 fiscal year. In its latest second quarter earnings, Lululemon has returned to growth, posting a 2% year-on-year rise in net revenue to $902.9 million, and also opened a total of 17 new stores in the U.S., Asia, and Europe.

The company purchased Mirror, an on-demand, live-streaming home fitness startup, for $500 million back in June. This acquisition signals its intention to grow its presence in the home fitness market as the pandemic alters exercise habits, and has the potential to boost earnings in 2021 and beyond.

Intercontinental Exchange (NYSE:ICE) operates stock exchanges and clearinghouses, and is also the parent company of the New York Stock Exchange. The company has a strong competitive moat in being one of the premier venues for capital raising in the world, while also providing a suite of products and solutions for customers to manage their investment portfolios.

The bourse operator has been consistently growing its revenue in the last five years, from $3.2 billion in 2015 to $3.6 billion in 2019, while dividend per share has also nearly doubled from $0.58 to $1.10 during this period. Intercontinental Exchange's revenue and net income have remained resilient during this crisis, with its half-year earnings report card showing a 15% year-over-year increase in net revenue and a 22.7% year-on-year jump in net income.

In August, the company announced the acquisition of Ellie Mae, an enterprise digital lending platform for the mortgage loan industry, for $11 billion. This acquisition, together with its acquisition of Simplifile back in June, help Intercontinental Exchange to provide a complete end-to-end digital solution for mortgage processing. The total addressable market is set to increase by $10 billion, and along with cost synergies, the transaction is expected to add on to the earnings per share for the company.

PepsiCo (NASDAQ:PEP) stands tall as one of the iconic food and beverage brands that have stood the test of time. With popular brands such as Pepsi, Mountain Dew, Quaker Oats, and Doritos, Pepsi's products are distributed to more than 200 countries around the world.

The company has demonstrated its consistency in delivering stable revenue and net income even through economic cycles, and has increased its dividends every single year since 2008. Dividend per share was $1.65 in 2008 and has grown to $3.7925 by 2019, for an annual growth rate of around 8%.

Pepsi has proven to be resilient during this pandemic, even though its sales were initially affected by the temporary closure of some of its distribution channels (e.g. restaurants, cafes, and bars). Its third quarter earnings saw growth returning once again, with net revenue rising 5.3% year over year to $18.1 billion and net income increasing by 9% year on year to $2.3 billion.

With an impressive portfolio of products that remain popular as more people work from home, Pepsi looks set to continue to deliver sustainable earnings and dividend growth.