Please ensure Javascript is enabled for purposes of website accessibility
Log In Help Join The Motley Fool
Free Article Join Over 1 Million Premium Members And Get More In-Depth Stock Guidance and Research
By David Jagielski – Oct 12, 2020 at 7:08AM

The stock has soared by 2,700% so far this year. Is it still worth investing in today?

Clinical-stage biotech company Novavax (NVAX 1.50%) has been one of the hottest stocks on the markets this year, going from just $4 per share at the start of 2020 to $110 today -- and that's after a price decline in recent weeks.

There's a lot of excitement surrounding Novavax and its COVID-19 vaccine efforts, but with a valuation that's skyrocketed so much in a short period, it may be too risky a buy for most investors. Let's take a closer look at the company's business, what it would look like without a vaccine, and whether it's still a good buy today.

Phase 3 trials of its COVID-19 vaccine candidate have begun

The main reason Novavax shares are doing so well this year is thanks to the hype surrounding the company's coronavirus vaccine candidate, NVX-CoV2373. On Sept. 24, the company announced that it would be starting phase 3 trials and that it would look to enroll up to 10,000 people in the U.K.-based study.

Novavax is one of several companies working on a COVID-19 vaccine. Johnson & Johnson, Moderna, and AstraZeneca are just some of the bigger names that are currently testing possible vaccine candidates, trying to balance safety and urgency to help stop the spread of a virus that's infected more than 36 million people around the world and killed more than 1 million thus far. However, Novavax investors have no guarantees that its vaccine candidate will succeed -- or that the U.S. Food and Drug Administration (FDA) will give it the green light when all is said and done. 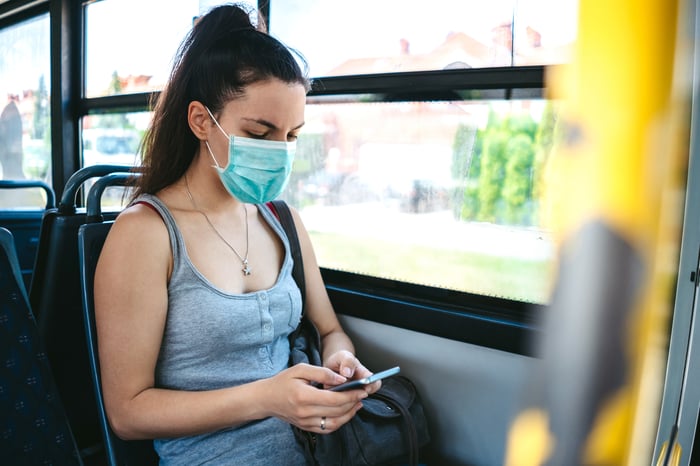 What if Novavax fails?

This is the big question investors should be asking themselves right now. Although the company reported good results from phase 1 clinical trials of its vaccine candidate, that doesn't guarantee it'll make it to the finish line. Novavax only began phase 2 trials in August and phase 3 in late September; it's still far too early to tell whether the vaccine will be effective in preventing COVID-19 infections.

There's a lot riding on the clinical-stage company's vaccine efforts, which are generating much of Novavax's revenue right now. For the six months ending June 30, the company's grant revenue totaled $38.9 million -- more than five times the $7.3 million it reported in the same period last year. Management credits the increase in grant revenue to the work it performed under its agreement with the Coalition for Epidemic Preparedness Innovations, which relates to the development of NVX-CoV2373. And while the company reported a hefty loss of $43.4 million over the past two quarters, it was nonetheless a big improvement from the $82.8 million loss posted during the prior-year period.

That said, there is hope beyond just its COVID-19 vaccine efforts. Management is optimistic about Nanoflu, an influenza vaccine that analysts estimate could bring in between $550 million and $1.7 billion in annual revenue at its peak. In March, the Maryland-based company announced that the drug had met all its primary endpoints in its phase 3 trials.

There's also ResVax, a respiratory syncytial virus (RSV) vaccine for infants that could hit a peak of $2 billion in annual sales. But after failing in its phase 3 trials last year, the drug is more of a long shot, although Novavax hasn't given up on it and is still trying to bring it to market. The company also has an RSV vaccine for adults aged 60-plus that's in phase 2 trials and an RSV vaccine for children that's in phase 1. The only other vaccine in phase 1 is its Ebola virus vaccine candidate. Beyond that, Novavax is also working on three other drugs that are still in preclinical stages, including a vaccine for Middle East Respiratory Syndrome, one for Severe Acute Respiratory Syndrome, and a combined seasonal influenza/RSV vaccine.

Is Novavax's valuation too high?

There's reason to be optimistic about Novavax beyond just its COVID-19 vaccine, especially once the FDA approves Nanoflu, which seems to be just a matter of time given the positive results from its phase 3 study. However, Novavax's market cap of about $7 billion is still more than four times the high end of analysts' expectations for Nanoflu at its peak. In comparison, the average stock in the Health Care Select Sector SPDR Fund trades at just 1.7 times revenue.

Investors are paying a big premium for Novavax right now, and without a successful COVID-19 vaccine, the stock's valuation is extremely high. If the company gets bad news from its clinical studies and its vaccine candidate fails, Novavax's share price could implode in an instant. Although the pace of Novavax's price increases has cooled in the past three months -- it's up about 9% over that period, the same as the S&P 500 -- there's still lots of room for the stock to fall. Right now, Novavax is a very risky healthcare stock to buy, given its high valuation and its dependence on NVX-CoV2373.

Could This Bullish News Make Novavax a Hot Buy?
351%