IBM's (NYSE:IBM) stock recently rallied after the tech giant announced it would spin off its managed infrastructure services unit into a new company. That split will enable IBM to divest its slower-growth IT services and focus on its higher-growth hybrid cloud and AI businesses. 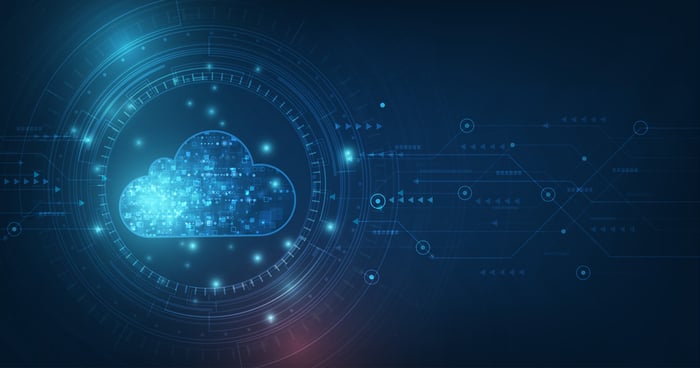 The slimmed-down IBM, which generated $59 billion in revenue in the 12 months up to June 30, will focus on expanding its presence in the hybrid cloud market, which bridges the gap between public cloud services (like Amazon (NASDAQ:AMZN) Web Services and Microsoft (NASDAQ:MSFT) Azure) and on-site private clouds.

IBM still can't compete against Amazon, Microsoft, or other market leaders in the high-growth public cloud market. So instead of chasing those tech giants, IBM provides hybrid cloud services that help companies process the data that flows between the public and private clouds. Hybrid cloud services are generally popular with large companies that don't want to move all their data onto public clouds yet.

IBM expects most of its revenue to come from "high-value cloud software and solutions" with "more than 50% of its portfolio in recurring revenues" -- so its sales and profits could rise significantly after the split.

The spun-off company, temporarily called "NewCo", includes businesses that generated $19 billion in revenue in the 12 months leading up to June 30. It will become the "world's leading managed infrastructure services provider" with over 4,600 customers in 115 countries, including more than 75% of the Fortune 100. 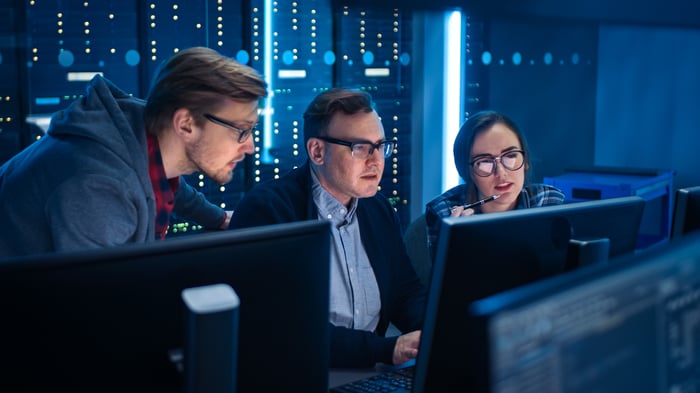 The slimmed-down company will only focus on managing and modernizing infrastructures with its IT services. IBM claims this market represents a $500 billion market opportunity, and that NewCo currently has an order backlog of $60 billion.

Instead of focusing on aggressive growth like the new IBM, NewCo will mainly focus on "operational efficiency and cash flow generation" -- which suggests it will prioritize cost-cutting measures, buybacks, and dividends over big investments and acquisitions.

In its presentation, IBM stated that it will maintain a single-A credit rating, while NewCo would target an "investment grade" credit rating -- which suggests it could assume more of IBM's debt after the split.

Yet IBM's total debt remains manageable and in investment-grade territory, even after its $34 billion takeover of Red Hat caused Moody's and S&P to slightly reduce its credit ratings. IBM ended the second half of 2020 with $64.7 billion in total debt, down 11% from a year earlier, and it generated a free cash flow of $11.5 billion over the previous 12 months.

4. The future of IBM's dividend

IBM became a Dividend Aristocrat of the S&P 500 earlier this year after raising its dividend for the 25th straight year. But the split will end IBM's brief stint in that elite group, since the two companies will only pay a combined quarterly dividend that is "no less" than IBM's current dividend -- which nets a forward yield of 5.1%

In short, investors will need to keep their shares of both companies after the split to receive a comparable yield, while those who sell the slower-growth NewCo could receive lower dividends. IBM plans to complete the spin-off by the end of 2021, but it's still unclear how many shares of NewCo each investor will receive.

IBM's spin-off of its weaker IT services unit was long overdue, and could finally clear the road for its cloud and AI businesses to flourish. The stand-alone IT services company could also become more competitive without IBM's higher-growth units constantly sapping away its resources.

It's too early to tell if IBM's big split, which will rack up roughly $1.5 billion in cash charges and $1 billion in non-cash charges, will pay off. But it's arguably smarter than sitting still and allowing its higher-growth cloud and AI businesses to cannibalize its legacy businesses.