The airline furloughed about 400 workers on Oct. 1 as it tries to adjust to pandemic-related demand issues.

Alaska Air Group's (ALK -0.06%) cash burn increased in September compared to August and is expected to grow higher still in October, but the airline is taking steps to bring down costs to weather the coronavirus crisis.

In a regulatory filing on Tuesday, Alaska Air said September cash burn increased to $117 million as improved cash bookings failed to offset incremental additional flying and increased debt service payments. The company expects to burn through $125 million in October, and that assumes that flight demand will improve slightly during the month. 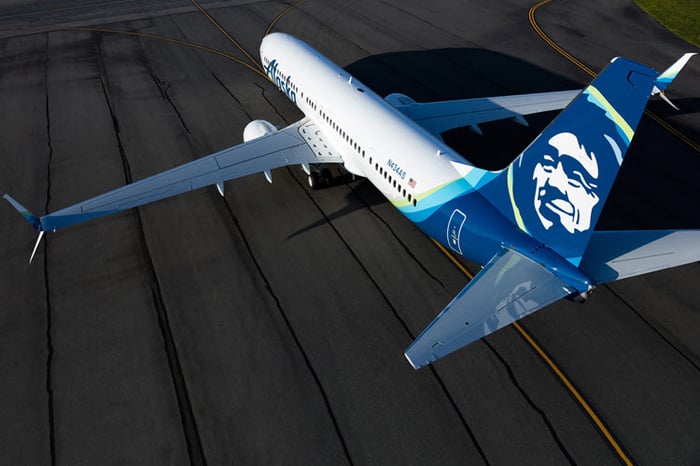 Airlines have been losing money since the onset of the coronavirus pandemic. With travel demand expected to take years to return to normal, the companies are scrambling to lower costs.

Alaska's total revenue for September was down 66% year over year, which was better than August's 72% decline. The airline expects flying to be down about 40% in the fourth quarter versus last year, but admitted that estimate might not hold.

"The public health and economic crises resulting from the outbreak of COVID-19 has had an unprecedented impact on our business," the airline wrote in the filing. "We are uncertain what shape the recovery will take, and we are continuously monitoring trends in demand to determine our capacity decisions as the situation unfolds."

On Oct. 1, the company furloughed about 400 employees, mostly flight attendants, but was able to avoid more-significant furloughs because more than 4,000 workers agreed to extended leaves of absence.

As of Oct. 9, the airline had cash and equivalents totaling $3.6 billion. Alaska Air in September finalized an agreement with the U.S. Treasury to borrow up to $1.9 billion under the CARES Act, and so far has drawn $135 million from that total.