Please ensure Javascript is enabled for purposes of website accessibility
Log In Help Join The Motley Fool
Free Article Join Over 1 Million Premium Members And Get More In-Depth Stock Guidance and Research
By Rich Duprey – Oct 16, 2020 at 10:01AM

It gives the video game retailer a financial incentive to remain in the digital gaming ecosystem.

While shares of the video game retailer got a big boost from the original announcement, which focused heavily on GameStop using the software giant's back-end solutions to better meet customer needs in the digital gaming era, largely unnoticed was a sentence saying both companies will "benefit from the customer acquisition and lifetime revenue value of each gamer brought into the Xbox ecosystem." 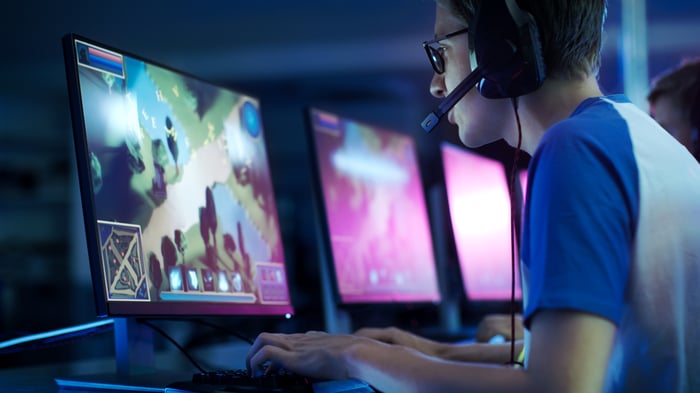 That apparently intrigued Domo Capital Management enough to dig further. According to website Ars Technica, the private equity firm spoke with GameStop directly, which confirmed the retailer "will receive a portion of the downstream revenue from any device we will bring into the Xbox ecosystem."

What that means is GameStop will get a cut of any digital game download, downloadable content, microtransaction, or paid subscription made through each digital gaming console it sells.

A new opportunity to participate

That's a significant development even if the actual percentage GameStop receives doesn't really amount to much, as some analysts suspect.

The video game retailer is now incentivized to sell Microsoft's all-digital consoles as well as those which still use physical media. It has also set itself up to receive a revenue stream from digital and online gaming that it was previously closed off from.

Although analysts don't GameStop will receive all that much money because Microsoft isn't incentivized to give away much money -- it would sell its consoles regardless of whether GameStop did or not -- it helps keep the retailer engaged and a part of the gaming community.

When the deal was announced, Microsoft said it viewed GameStop as an important component of its gaming ecosystem and it was "pleased to elevate our partnership." Now that looks to mean financially, as well as through back-office support.