The oil and gas industry hasn't been kind to investors as of late. The Energy Select Sector SPDR ETF, which tracks the sector, has lost nearly half its value so far this year. Prices for West Texas Intermediate (WTI) and Brent crude oil, the two most commonly quoted benchmarks, are down 34% and 38%, respectively.

Top oil companies with solid balance sheets should have what it takes to endure this downturn, but smaller companies with concentrated business models may not. Onshore driller Patterson-UTI Energy (NASDAQ:PTEN), exploration and production company, Diamondback Energy (NASDAQ:FANG), and oilfield services company National Oilwell Varco (NYSE:NOV) are all struggling mightily. Here's what's going wrong with each company. 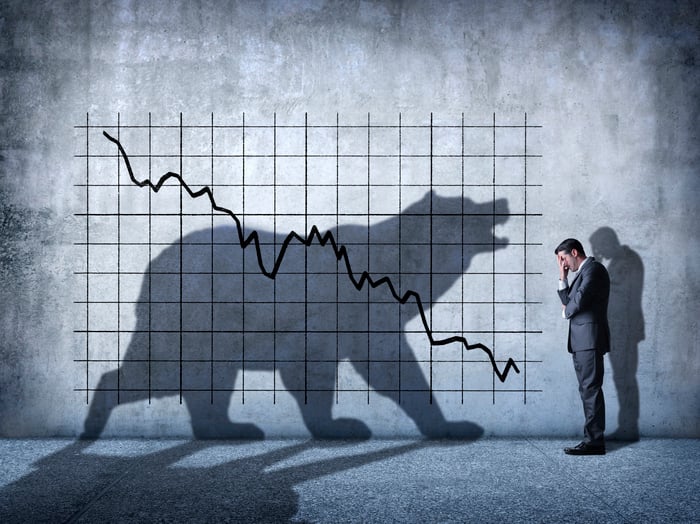 As an onshore driller, Patterson makes money by offering contract drilling, pressure pumping, and directional drilling services to oil companies. The company currently owns 216 drilling rigs, and it relies on being able to keep them active to generate revenue. 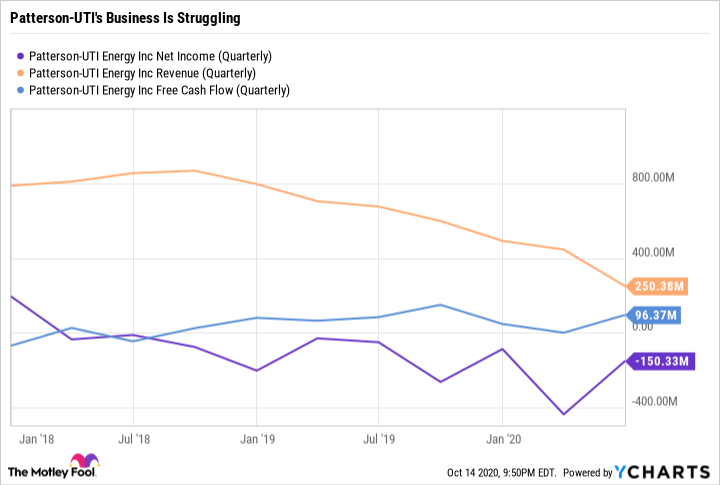 To Patterson's credit, despite these conditions, it has actually reduced its net debt position over the past two years. However, it's still paying more than $10 million a quarter in interest expenses. The company has been unprofitable for a while now, and 2020 has only made it worse. With a shaky balance sheet and negative earnings, the stock looks too risky to touch at this time.

Diamondback Energy is an exploration and production (E&P) company focused on drilling and completing oil and natural gas wells in the Permian Basin of West Texas. According to bankruptcy firm Haynes and Boone, bankruptcy filings among E&P companies are on an upswing, totaling 40 in the first three quarters of 2020 compared to 42 in all of 2019, 28 in 2018, and 24 in 2017. Also concerning is the report's finding that cumulative E&P debt is now at its highest point since the firm began tracking that data in 2015. 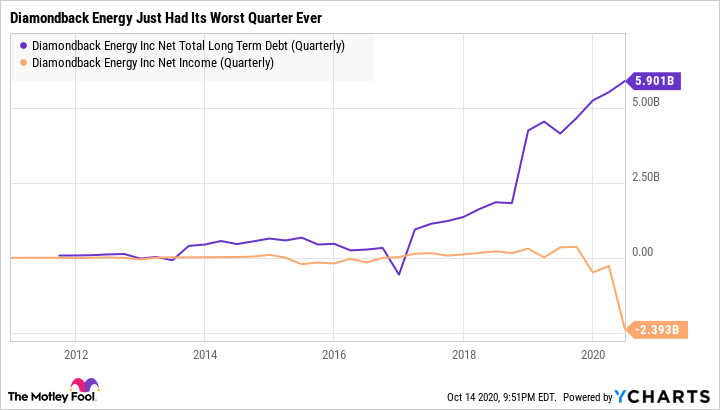 While Diamondback's $1.9 billion in liquidity could be enough to get the company through the short term, it has around $5.4 billion of debt maturing between 2024 and 2029. The company is basically kicking the can down the road, delaying the inevitable avalanche of debt payments.

Diamondback may be able to get away with borrowing more money to run its business, cover its dividend, and pay around $245 million a year in interest on its loans, but eventually, it's going to need oil prices to rebound so it can start making profits again. If not, its mounting debts could very well lead to bankruptcy.

A decade ago, National Oilwell Varco, commonly known as "NOV", was riding high, as were its oilfield services peers Schlumberger, Halliburton, and Baker Hughes. Advanced drilling technologies, oil field equipment, and services such as contract drilling were all in high demand when WTI crude oil was above $80 a barrel -- as it was from 2011 until the end of 2014. These were some of NOV's best days. But compared to 10 years ago, its stock is down by 82%. 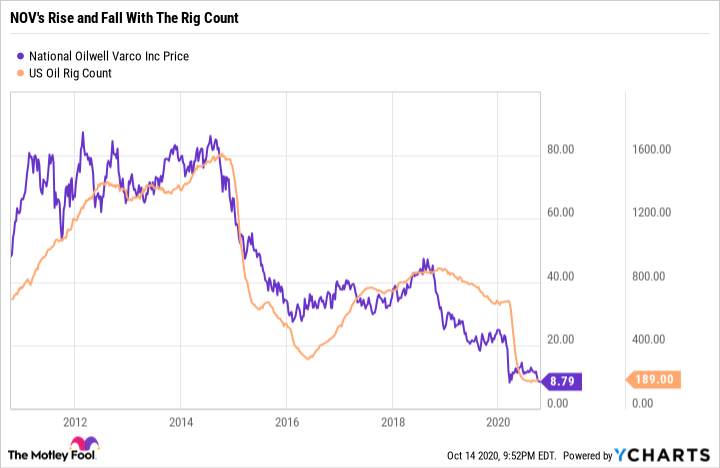 One of NOV's major investments over the past few years has been its NOVOS automated directional drilling control system. Although the technology is impressive, there just aren't as many rigs operating in the field as there used to be. With drillers like Patterson-UTI struggling as it is, it's unlikely NOV will be able to attract a lot of customers anytime soon.

NOV hasn't had a profitable year for five years, a streak that could continue given WTI prices are at the low end of their 5-year range. And given the volatility of the oilfield services sector as a whole, investors should steer clear of NOV.

Shares of Patterson-UTI, Diamondback Energy, and NOV are all trading at sale prices, but that doesn't make them buys. Each of these companies is worth less now than it was a few years ago for good reason -- namely, poor financial health and/or a money-losing business model. Investors who want to enter the energy sector and take advantage of more favorable risk/reward offerings could consider energy stocks that pay attractive dividends and aren't as susceptible to low oil and gas prices.